At Cotton Incorporated, Cary, N.C., color and fabric trends for Autumn/Winter 2014-15 fashion and
home textiles are divided into five groups. There are seven shades for apparel plus four for
interior fabrics in each range. Most of the fabric ideas are inspiration for future fashion
fabrics, although several might turn up covering a sofa or softly framing a window.

Fabrics shown in Sacred Spaces include knitted stripes using a silver yarn. They could be
used in a dress or top. There are a heavily brushed and slubbed pinstripe, and a knit in a luxury
blend of cotton/cashmere. 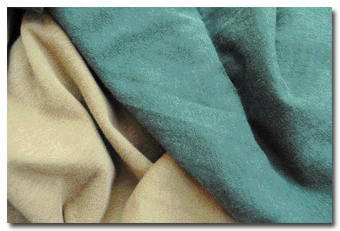 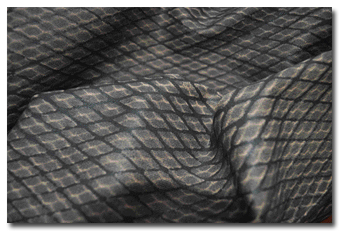 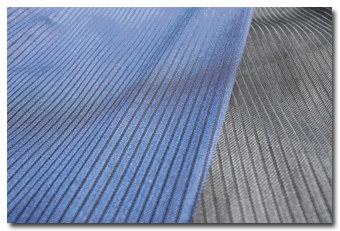 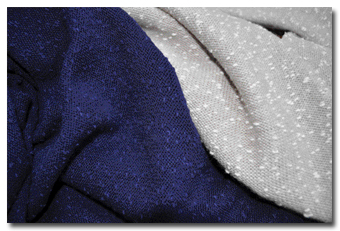 Share fabrics include a chambray shirting that has a rainbow yarn peeking through it, a
cotton double knit with a spongy hand, and a black lattice pattern over a tan lattice pattern that
is described as a modernized snakeskin.

Underworld fabrics are dark and mysterious. There are raised stripes on textured knits,
woodgrained prints on felted canvas and sweater knits that have a pilled appearance through the use
of slubbed yarns.

Improv is spontaneous and unregimented. Colors for apparel include two blackened darks —
Arctic Night (teal) and Bittersweet (plum); three very pale shades — Unbleached, Violet Candy
(off-white) and Icicle (aqua); plus two brights — Ginger and Purple Sapphire. For the home, there
is a pale gray, Breeze, which is followed by Teal, Herbal (flax), and Background (navy).

Fabric suggestions include mini geometric printed shirtings with the look of texture and
dimension created by using speckled yarns and high/low woven stripes that create a feeling of
movement.