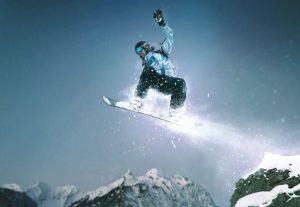 Whether climbing Mount Everest or scaling a rock wall at the local gym, running a marathon or chasing a toddler on the playground, skiing in the Swiss Alps or building an imaginary fortress out of freshly fallen snow, consumers expect their clothing to offer more than just a protective barrier against the elements. They expect performance.

Modern performance textiles have changed the way people interact with the outdoors, enabling them to scale the tallest mountains, run long distances in all seasons and even circumnavigate the world on a bicycle. But even for those with less lofty athletic ambitions, performance wear has become the new T-shirt and jeans. Sales of athletic apparel continue to grow, driven by cultural factors including a focus on fitness and active lifestyles, a growing interest in sports and a preference for clothing that is high performance yet also comfortable and fashionable.

“Today’s consumers expect so much from the products they buy,” said Gary Smith, CEO of Polartec®, a premium producer of innovative textile solutions that eventually find a home in waterproof running shoes, moisture-wicking base layers and warm, breathable jackets that allow freedom of movement. “Achieving versatility in textiles is a relentless pursuit, but that’s what drives us to keep innovating.”

Polartec prides itself on solving “problems you don’t even know you have” through innovative textile development. Throughout the company’s history — from its beginnings as a knitter of wool fabrics for the United States military, to its current position as a leading producer of performance wear textiles — Polartec has been a problem-solver, an innovator and an inventor of textile technology that has literally changed the world.

In the late 1970s, the founder of Patagonia approached Polartec’s predecessor, Malden Mills, to help refine Patagonia’s synthetic alpine sweater. Though lofty, lightweight and quick-drying, the sweater was also scratchy, itchy and uncomfortable. The two companies collaborated and the resulting invention — synthetic fleece, also known as “polar fleece” – was named one of Time magazine’s top 100 inventions of the 20th century, right between the zipper and sliced bread.

“The textile industry is a smart industry. We have scientists, engineers, chemists, knit technicians and many others who are constantly pushing the limits of fiber and textile technology to solve a whole range of problems,” Smith said. “If we couldn’t wear clothes, everyone who lives in a cold climate would have to migrate south every winter. At Polartec, we are constantly working to create the most innovative, adaptable and versatile textiles that meet the needs of our multitasking, jet-setting culture.”

To innovate is to create something new, and the development of new technologies is where Polartec thrives. One of the company’s latest innovations is a product called Polartec Alpha®. Originally developed for the United States Special Forces as an advanced insulating material for combat uniforms, the fabric uses technology that regulates body temperatures during both dynamic and static activities, eliminating the need to shed or add layers while on the move.

“With Polartec Alpha, we invented a whole new category of performance wear that we call ‘active insulation,’” Smith said. “Historically, insulation was always viewed as a static product. It was great for watching a football game or standing in line for the ski lift — not aerobic activity. This technology is being used in garments designed for start-stop activities like running and cycling, where you need a range of comfort levels.”

Innovation in apparel is inextricably linked to the textile itself. But prior to the 1970s, the performance wear category had little to offer. Polartec’s innovations in waterproof, breathable, durable, moisture-wicking, active stretch and insulating textiles led to incredible growth of industries and brands founded on performance wear technology.
“We often take it for granted that what we are wearing is technology,” Smith said. “Ninety percent of the value of a garment is embedded in the textile itself. You can’t take a bad textile and make a great garment.”

That’s why the world’s leading brands such as Nike, Patagonia, The North Face, Adidas and many more, turn to Polartec fabric technologies to improve the performance of their garments. And the future of the performance textiles industry is rosy. Millennials — the largest demographic — are driving steady growth in the athletic apparel industry.
“We are always trying to find ways to bring more benefits to the consumer through our innovations, but every time we think we’ve done something great, we realize there’s so much further to go,” Smith said. “As long as we have basic human needs to stay warm and dry, we will have to keep innovating.”