U.S. manufacturing has rebounded strongly from the record 31.4 percent contraction seen during the second quarter of 2020.

New orders jumped to their highest level in nearly 17 years, according to The Institute for Supply Management (ISM). As a result, manufacturing employment expanded in October for the first time since July 2019. Overall, ISM reports that about 11.5 million of the 22.2 million jobs lost during the pandemic have been recovered.

While many yarn spinners, weavers and knitters retooled to manufacture protective gear for frontline COVID-19 personnel, they also began to see business-as-usual orders increase. “Once the economy began to reopen, we noticed an uptick in inquiries,” noted one industry professional. “Orders began to strengthen throughout the third quarter. In the last month or so, they have fallen off a bit. I think a lot of can be attributed to a wait-and-see approach by wholesalers and retailers in regard to holiday sales.”

On that front, the National Retail Federation (NRF) reported December 1 that an estimated 186.4 million consumers took advantage of the Thanksgiving holiday weekend and shopped in-store and online. NRF also predicted an increase in holiday sales for 2020 of between 3.6 percent and 5.2 percent over 2019.

“If consumer spending continues as expected, you can anticipate that business at the start of 2021 will be much better,” said one analyst. “Coupled with a hopefully quick and wide distribution of COVID-19 vaccines, we may expect a return to some semblance of a new normal — whatever that may be — by mid-year or so.”

Regardless of how the new year begins, 2020 provided lessons that cannot be ignored.

Crisis In 2020: Uninformed And Unprepared

“We got caught out,” said a life sciences specialist about the unprecedented chain of events and miscues that resulted in the greatest national crisis of the millennium. “We can’t ever let that happen again. We had insufficient information — even when top government officials were aware of the danger — and insufficient resources to deal with the COVID-19 pandemic.”

As Americans became infected and hospitals became crowded, there was, initially, a woeful shortage of life-saving ventilators and life-protecting personal protective equipment (PPE). While U.S. yarn spinners and fabricators quickly retooled in a heroic attempt to combat the PPE shortfall, it became painfully obvious that the industry simply did not have the capacity to meet critical needs.

Industry leaders are dedicated to make sure such an issue does not continue in 2021. The National Council of Textile Organizations (NCTO) spearheads an effort to return substantial PPE manufacturing capacity to the United States.

“It is impossible to understand America’s PPE predicament without acknowledging China’s overwhelming and destructive dominance of global PPE markets,” NCTO President Kim Glas told the U.S. International Trade Commission in September. “China dominated global PPE production before the pandemic began — exporting more surgical masks, medical goggles,
and protective garments than the rest of the world combined. And they have ramped up production substantially since.”

The return of PPE manufacturing to the United States will only occur if proper government policies are implemented to incentivize the long-term investment needed to sustain PPE production, Glas said.

As a result, the coalition of which NCTO is a part has recommended the following to Congress:

“Without a comprehensive set of procurement, trade and enforcement policies designed to foster domestic PPE production, U.S. manufacturers will continue to be undercut by state-sponsored and exploitive offshore competitors, namely China,” Glas said. 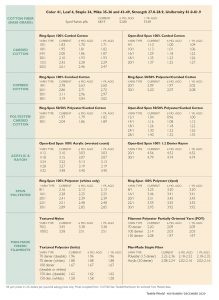