Many spinners continued to enjoy robust business through the first of the year.

“Right now, business is booming,” said one spinner. “Positions in ring-spun are particularly hard to come by.” Another spinner agreed: “We are running full-out and have a nice backlog at the moment.”

OE yarns are also moving relatively well, noted one industry observer, but significantly trail ring-spun in demand. “Ring-spun yarns are the star of the show right now,” he said, “as they have been for a while. There has been renewed interest in 100-percent cotton.”

Another spinner said business for his company has been steady for a number of months, and indications are that it will remain so for the near future. “We always seem to be optimistic in this industry,” he said. “When business gets good, we expect it to stay that way forever. Of course, it never happens, but we always hope. As of this moment, I am confident that, at least for the next few months, we will continue to have orders coming in at a high rate.”

One spinner noted what he called a “small blip” in current conditions. “We’ve seen raw material prices ramp up a bit in some areas,” he said. “Cotton prices, for example, are creeping up. We’ve been able to cover it pretty well so far, but we will be keeping close eye on prices and anything else that could potentially disrupt our business.”

For some spinners, the problem isn’t getting business, it is finding enough employees to fulfill orders. “That has become more and more of an issue,” said one spinner. “The labor pool for the types of jobs we offer isn’t as big as it used to be. Young people, especially, want to do something that offers more bling than spinning. Perhaps, as we become more and more high tech, that will change.”

One spinner said lack of interest in jobs is not at a critical level yet, but could become a concern down the road. “First, there is the immediate impact of not having enough people on hand to take care of all the orders that are coming in,” said one spinner. “And then you look at logistics. One of the advantages that keeps us competitive with low-cost countries is our ability to quickly deliver top-quality products in this hemisphere. We don’t want to ever compromise that.”

Another spinner said a smaller labor pool should not present a significant long-term problem. “We are becoming more cost competitive because of increasing efficiencies within our industry. We have fewer people producing more. We already have the most productive infrastructure in the world, and this allows us to be competitive. We produce the highest quality products and utilize a supply chain that allows us to deliver product faster than anybody else.”

U.S. President Donald Trump has made no secret of his dissatisfaction with several U.S. trade deals. Currently, the United States is in the process of renegotiating NAFTA with representatives from Mexico and Canada. To date, the three nations are not close to agreement on a number of issues. However, in a surprise statement in late January at the World Economic Forum in Davos, Switzerland, Trump said he would reconsider U.S. participation in the Trans-Pacific Partnership (TPP) agreement — if certain changes were made. Pulling the United States out of TPP was one of Trump’s first acts when he assumed office a year ago.

Canadian Prime Minister Justin Trudeau said the nations involved in the original TPP negotiations will work toward creating a revised agreement. It is not known at this time specifically what concessions would have to be made for Trump to be amenable to a new version of TPP. 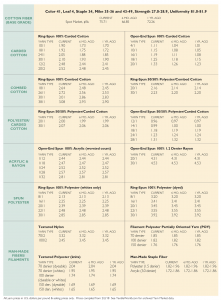