T
extile representatives in Washington see 2004 as a pivotal year for manufacturers, their
customers and their overseas competitors. It also will be a litmus test for the Bush
administration’s far-reaching free trade agenda.

The biggest issue is the final phase-out by January 2005 of the textile and apparel quotas
that have helped govern international trade in textiles for nearly five decades. In addition, there
are more than 10 regional and bilateral free trade agreements in various stages of negotiation. How
they play out will in large measure determine the very future of the textile industry, and how and
where retailers and other importers will buy their goods. Above and beyond that is the role of
China in a quota-free world. It is a matter of major concern not only for textile manufacturers in
the United States and abroad, but for their customers and consumers as well.

Cass Johnson, interim president, American Textile Manufacturers Institute (ATMI), said 2004
will be a “make or break year” for US manufacturers. But Eric Autor, the National American Retail
Federation’s international trade expert, sees a “recipe for gridlock” in the positions taken by
textile manufacturers. Julia K. Hughes, vice president, international trade and government
relations, US Association of Importers of Textiles and Apparel (USA-ITA), foresees an “extremely
tough year” ahead, fraught with uncertainties as retailers cope with questions of quota management
and how, when and where they will be able to get the products they need in order to compete in a
quota-free world. She says they need “flexibility in order to compete, and success in that regard
will be heavily influenced by government decisions.”

Each of the proposed free trade agreements must be considered by Congress, and under the
president’s fast track negotiating authority, Congress can only accept or reject agreements – it
cannot amend them. The first major showdown will be the Central America Free Trade Agreement
(CAFTA), over which importers and manufacturers have had major disagreements. Both sides agree a
“good” CAFTA could be effective in competing with China, but their definition of “good” varies
widely.

As has been the case with all trade agreements, the textile industry wants a yarn-forward
rule of origin, requiring all of the components of apparel to be made in one or more of the
participating countries. It is strongly opposed to tariff preference levels (TPLs) and “cumulation”
that permits inputs from non-participating countries. The industry also wants strong Customs
enforcement to prevent transshipments.

Importers, on the other hand, are seeking flexibility in their sourcing. They strongly
support the principles of cumulation and TPLs. In addition, they want the government to permit use
of outside imports when it can be demonstrated that components are in short supply and cannot be
obtained in participating countries. They, too, support strong Customs enforcement to prevent
circumvention of agreements.

A tentative agreement reached in December has a yarn forward rule of origin, but provides for
cumulation in products from Mexico and Canada, and TPLs for Nicaragua. US textile industry trade
associations were sharply critical of the agreement and vowed to fight it in its present form.
While importers say it falls short of what is needed, they see the framework as a step forward that
they can live with. 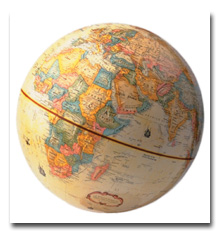 While textile trade is a complicated and thorny economic issue, it increasingly
is becoming a highly contentious political issue, and that will only increase as this year’s
presidential and congressional election campaigns unfold. The textile industry and importers
believe the textile industry’s grassroots political efforts were a key element in getting the
government to act on the Chinese safeguards.

Encouraged by that success, domestic manufacturers are moving forward with programs to put
more pressure on Congress and the administration to act in their favor on trade issues. The
American Manufacturing Trade Action Coalition (AMTAC) – which includes not only textiles, but also
paper, chemicals, woodworking and furniture interests – is launching a major education program to
acquaint the general public with the impact current trade practices are having on manufacturing
jobs. ATMI is doing the same thing.

Auggie Tantillo, AMTAC’s Washington coordinator, says activities will include trade forums,
town meetings, and voter registration and get-out-the-vote drives. Its efforts will not be directed
at any specific candidates, but will be designed to bring home the impact trade has on jobs. Voters
then can make their own decisions. “We want to talk about specifics. Not about free trade or fair
trade or level playing fields, but how trade is impacting jobs. Then voters can connect the dots,”
Tantillo said.

At the same time, importers are becoming more visible in Washington and stepping up efforts
to address their problems. Last year, four major retail organizations – the National Retail
Federation, American Apparel and Footwear Association, International Mass Retail Association and
USA-ITA – signed a joint appeal to members of Congress urging them not to support the textile
industry’s agenda with respect to China trade and other issues. They also sharply attacked the
industry’s safeguard petitions. They say the time has come for the United States to “fundamentally
rethink” its textile and apparel trade policies if domestic textile companies hope to survive and
prosper in the future.

All of these issues will land in the lap of Congress, either for ultimate decisions or to
influence negotiations. In December, six trade associations and the Union of Needletrades,
Industrial and Textile Employees wrote to Bush administration trade officials in connection with
the CAFTA agreement, saying, “We firmly believe that including job-destroying loopholes will so
poison agreements that it will become impossible for them to pass in Congress.”

All said, it’s going to be quite a year.

The End Of Quotas


Under agreements signed 10 years ago, all textile and apparel import quotas are to be removed
by the end of this year, but as that deadline grows closer, some countries appear to be having
second thoughts. Many trade experts both here and abroad fear that only a handful of countries –
such as China, India, Pakistan, Thailand, and perhaps Cambodia and Vietnam – will benefit. They see
these countries dominating trade in a quota-free world in very short order. US manufacturers got a
dose of what can happen when quotas were removed from four categories of Chinese textiles and
apparel last year, and imports soared.

While tariffs will remain in place, there is a good possibility that if the World Trade
Organization’s Doha Round of trade liberalization negotiations is resumed, textile and apparel
tariffs will be cut. Even if tariffs remain at present levels or are cut, they will be pretty
meaningless where China is concerned. Chinese costs of production are extremely low, and a
controlled currency exchange rate amounts to a huge subsidy for its exports. In addition, a current
cost of doing business in China is the buying and selling of textile and apparel quotas, which are
traded like commodities. A quota-free world would immediately reduce China’s costs by as much as 25
percent, as manufacturers no longer would have to pay for quotas.

The US textile industry won a symbolic victory last year, when the US government agreed to
negotiate quotas under the so-called “safeguard mechanism” in the US-China bilateral textile
agreement. While the products involved – bras, dressing gowns and some knit fabrics – are not a
major part of the problem, the industry was encouraged that the safeguard procedure might be
utilized again if Chinese imports disrupt markets, as they are expected to do in 2005 and beyond.

In addition, a new issue has developed with respect to the quota phase-out. Current bilateral
import agreements permit the use of “carry forward,” a process that allows countries to borrow
quota from the next year when quotas are filled. Since there will be no next year after 2004, there
is no quota to borrow, but importers believe they should be able to increase their quotas by an
amount equivalent to what they could have borrowed under the quota system. Importers are pressing
hard for this – they believe that as the economy improves, quotas will be filled rapidly, and there
could be tight markets in which their costs will increase. Predictably, domestic manufacturers say
this is a loophole and should not be permitted.