YPRES, Belgium — April 16, 2012 — The Board of Directors, the Management Committee and all of the
employees of the Picanol Group would like to express their deep sadness following the passing away
of Mr. Emmanuel Steverlynck.

Emmanuel Steverlynck was born in 1922. He was the second son of Charles Steverlynck
(1888-1984), who founded Picañol in 1936. In 1952, Emmanuel took over the commercial management of
the company and the sales of Picañol weaving machines. Under his leadership and with the help of
his father Charles and his brother Bernard Steverlynck (1920-1976), the company overcame all of the
difficulties of the early years and became a world player. Familiar with the world of textiles
thanks to the family weaving mills in Vichte, and blessed with an enormous commercial talent,
Emmanuel succeeded in building up a worldwide sales organization and thus truly putting Picañol on
the world map.

As an Honorary President of our group he remained connected to the company, its employees and
its customers until the very end. 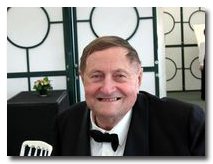 Emmanuel Steverlynck passed away on Saturday morning at the age of 89. The private funeral
service will take place this week. On Saturday 28 April at 10.30 am, there will be a memorial
service in the cathedral of St. Martin and St. Nicholas in Ypres.

The Board of Directors, the Management Committee and all employees of the Picanol Group in
Belgium and abroad offer their sincere condolences to the Steverlynck family.