Hologenix LLC, Santa Monica, Calif., has been developing and manufacturing what it calls “bio-responsive” textile materials since the early 2000s — first offering its mineral-infused products under the Holofiber® brand and more recently under the Celliant® brand. The technology involves a blend of thermo-reactive minerals ground to a size of less than 1 micron and embedded in a man-made fiber or filament. The minerals capture the body’s radiant heat and convert it into infrared (IR) energy that is directed back into the tissue. Celliant materials have been proven in clinical testing to promote blood circulation and oxygenation and offer regenerative healing in activewear, bedding, veterinary and medical applications.

Celliant fiber can be used alone or blended with other natural or man-made fibers. Originally, the minerals were embedded in polyester, but Hologenix now has succeeded in embedding the minerals in nylon as well, and is introducing the technology, which it calls Celliant 6.6, into new markets in which softer-hand nylon is the fiber of choice. 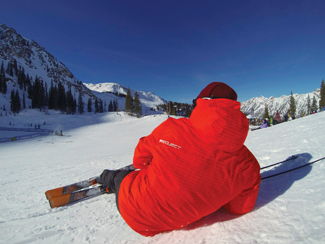 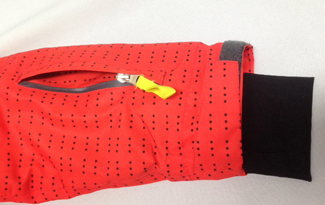 According to Trenton Horinek, director of business development at Hologenix, the company worked for several years to develop Celliant 6.6 nylon, noting that it was necessary to fine-tune the size of the mineral particles to make them work with nylon. “We partnered with Far Eastern New Century Toung Loong [Textile Mfg. Co. Ltd.], yarn manufacturers in Taiwan, to achieve the blend, and they will be the sole providers of the yarn for now,” he said.

“Celliant 6.6, available in 70- and 40-denier drawn-textured or air-textured yarn, has allowed us to increase our product range within the activewear market, including yoga wear, rash guards and compression wear,” Horinek continued. “It has been difficult to introduce polyester into the yoga market, where consumers are used to the soft hand of nylon. Celliant 6.6 enables us to effectively broaden our customer base, while also increasing sales to current customers.”

At ORWM, Hologenix also showed two new blends — Celliant/Pima Cotton, codeveloped with Portland, Ore.-based The S Group and manufactured by Peru-based Cofaco Industries SAC, and Celliant/ Merino wool. Horinek noted that the Pima and Merino blends could be made using either Celliant Polyester or Celliant 6.6.