TOKYO — April 26, 2012 — Teijin Techno Products Limited, a Teijin group company producing advanced
aramid fibers, announced today its development of the world’s first mass-producible aramid
nanofiber to offer reliable heat and oxidation resistance together with high quality. Until now,
aramid nanofibers have been produced only in laboratories, so this first commercially viable
product represents a significant step forward in the evolution of this promising new material.

Teijin Techno Products’ nanofiber, which is uniformly sized with a diameter of just several
hundred nanometers is based on Teijin’s proprietary Teijinconex® heat-resistant meta-aramid. It
will be marketed in the form of nonwoven sheet for separators in lithium ion batteries (LIBs).
Commercial production is targeted at 2014.

Teijin Techno Products’ highly heat-resistant aramid nanofiber sheet maintains its shape even
at 300°C. It is also highly resistant to oxidation. Such features are expected to enhance the
safety of high-power, high-capacity, energy-dense LIBs for vehicles and stationary storage,
offering significant advantages over conventional separators in terms of reducing the risk of
ignition in high-capacity, energy-dense applications.

Other features that Teijin Techno Products expects to achieve with aramid nanofiber nonwoven
sheet for battery separators include:

–       As a nonwoven sheet, absorbs electrolyte more rapidly
than conventional polyolefin-based separators, helping to shorten the time required to pour
electrolyte into the battery, thereby reducing the production cost of large batteries. 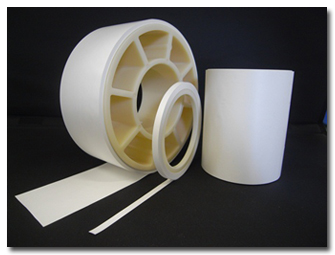 Teijin Techno Products expects to develop other applications for its thin, heat-resistant
aramid nanofiber sheet, such as separators for capacitors; high-performance, heat-resistant
filters; and heat-resistant cleaners for office automation equipment.

The Teijin Group has also developed two types of separators based on porous polyethylene
film, one coated with a fluorine-based compound for high heat-resistance and adhesion to polymer
electrolyte, and the other coated with Teijinconex® meta-aramid for excellent heat-resistance and
dimensional stability, both of which will be commercialized in June under the Lielsort™ brand. The
addition of aramid nanofiber sheet will further strengthen Teijin’s presence in the high-end LIB
separator market.

Academy Sports + Outdoors Announces Appointment Of Sharen J. Turney To Board Of Directors