Textile World
to the congress, which will play a very important role for the Brazilian textile industry. 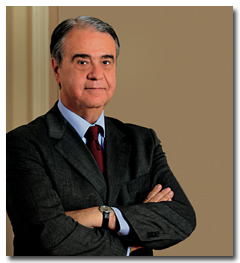 TW: Mr. Diniz, what do you expect from the ITMF conference?

Diniz: It is a big moment for the Brazilian textile industry because it will be an
excellent opportunity to bring Brazilian producers and international producers together. It will be
an honor to receive so many representatives of the textile world and to show some of the potential
of the Brazilian textile sector. We also expect the conference to be extremely useful for everyone
working very hard on the issues together with the ITMF board.

TW: Why should the delegates come to São Paulo?

Diniz: Attending the ITMF Annual Conference is always an opportunity to increase
one’s network and stay up-to-date with global issues in the sector. Specifically in São Paulo,
delegates will have a conference with a touch of Brazilian DNA. In addition to including issues
about retail, sustainability and cases from Brazil and the world, we also hope to imprint the
Brazilian style of receiving illustrious visitors and important business partners.

TW: As ABIT president, what is your philosophy?

Diniz: My philosophy is transparency and dialogue, especially as we gather at the
same meeting all segments of the textile chain, from fiber, textiles, the apparel industry, and
even some clothing retailers. The sector’s philosophy is to generate jobs and income for Brazilians
by strengthening the sector.

TW: And what are your targets?

Diniz: We have “mantras,” or themes that are very important to further increase
our competitiveness – tax exoneration, more accessible lines of credit, exoneration of investments
and international agreements. Also very important are themes such as environment, labor laws,
social security and fair conditions.

TW: How do you see the market situation for Brazil’s textile industry?

Diniz: We have two realities in the textile sector: One is the huge domestic
market, our greatest asset. The market is heated up this year and will ensure the growth of many
industries, which means more jobs. On the other hand, we will break the record for our trade
balance deficit. It is impossible to reproduce in Brazil the conditions other producers have in
other parts of the world. We are looking to add value to our products and at the same time reduce
the impacts of the exchange rate, logistics, taxes and interest rates on these products. We don’t
want to produce only for our domestic market; we have the capacity to do much more. But we must
work with the government to reduce this disequilibrium with other international players.

TW: Do you see signs of economic recovery around the world?

Diniz: The United States is slowly beginning to recover, but there is still a lot
of unemployment. The European Union is still lagging behind, with some countries experiencing a
strong recession. But the faster the American recovery takes place, the sooner it will pull the
others towards a more promising scenario.

TW: What should people not miss when they come to São Paolo?

Diniz: Brazil has tremendous diversity. São Paulo is the largest city in South
America. Thus, like the other great cities in the world, São Paulo offers a very great variety of
restaurants, bars, museums, parks and neighborhoods characterized by different cultures and
economic and artistic segments.

TW: What is Brazil’s best?

Diniz: Our mix of races and cultures, developed in harmony in a continental-sized
country, resulted in our DNA. Brazil’s best is its people, with their joy and hospitality. That is
how we want to welcome the delegates to the 2010 ITMF Annual Conference.