2014 was a year of continued and broad-based economic success for the domestic textile sector; across key economic indicators, the industry continued to see positive growth. In 2014, for the first time in two decades, the U.S. textile industry began adding jobs. Textile shipments totaled $56.7 billion, and exports of all textile products were $18.3 billion, a 45-percent increase since 2009. The industry also continued to attract new domestic and foreign investment projects. These investments are projected to provide approximately 3,000 new jobs in North and South Carolina, Georgia, and Louisiana.

As the industry continues to regain a foothold as a major manufacturing sector in the U.S., these economic indicators allow NCTO to deliver a powerful message to policymakers. The U.S. textile industry is not just surviving, it is an extremely vibrant and prosperous sector making an enormous contribution to the national economy, job creation and national defense. 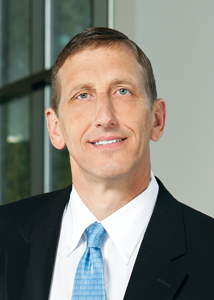 Trade Issues
With the Obama Administration attempting to bring the Transpacific Partnership (TPP) to a close, 2015 will be a critical year for the U.S. textile industry. TPP remains, by far, the most important policy issue for the industry. NCTO’s top priority within this agreement is to ensure the TPP yields a fair and sustainable outcome for the domestic industry. Reaching an acceptable outcome in TPP poses the greatest challenge to the U.S. textile industry in the past 20 years, noting the inclusion of Vietnam in this agreement.

In the coming months, NCTO will continue its intensive engagement with the U.S. government as the negotiations head into their final stages. Thanks to NCTO’s continuous interaction with U.S. trade negotiators, all of the objectives for the TPP agreement remain achievable including:

As with any trade agreement, NCTO is waiting to see the final text before forming an official position on TPP, but remains optimistic that its engagement with the U.S. government will lead to an outcome that the organization can ultimately support.

Of course, as the eleventh hour of these talks approaches, NCTO negotiators face great pressure to get a deal done. Knowing this dynamic, NCTO was extremely pleased that U.S. Trade Representative, Ambassador Michael Froman addressed the NCTO Annual Meeting in March and stated: “Our commitment to the future of American textiles is stronger than ever. And that’s true in our trade policy as well, which is a key pillar of President Obama’s overall economic strategy and a key part of our investment policy and our manufacturing policy. They work hand-in-hand to create jobs, promote growth, and strengthen the middle class in America.”

TTIP
After the conclusion of TPP, the next big trade issue facing the U.S. industry is the Transatlantic Trade and Investment Partnership (TTIP), a free-trade agreement (FTA) between the U.S. and the European Union (EU). There are two primary challenges the U.S. textile industry faces with TTIP:

The EU is insisting on a complicated double transformation rule that effectively cuts important aspects of the U.S. industry out of the agreement, such as yarn manufacturers. In many cases, the EU rule also cuts fabric producers out of the agreement. The EU also is pressing for access to U.S. military contracts. NCTO already is working with partners throughout the U.S. industry to communicate that granting non-U.S. suppliers’ access to defense contracting is a complete non-starter.

Berry Amendment
The U.S. textile industry supplies more than 8,000 different textile products per year to the U.S. military. In 2014, NCTO’s Government Textiles Committee facilitated an effective and structured level of consistent interaction with the Defense Logistics Agency (DLA). In 2015, NCTO will continue to fight for a strong Berry Amendment to govern defense procurement. The Berry Amendment requires that all apparel and other goods made of textiles purchased by the U.S. military contain 100-percent U.S. origin fibers, yarns and fabrics; and are cut, sewn and assembled in the United States. The Berry Amendment ensures that critical U.S. military needs are not dependent on foreign countries. Defense procurement has become an extremely important customer segment of the U.S. textile industry and the preservation and expansion of the Berry Amendment, and the need for strong ties with the U.S. Department of Defense (DOD) remains a top priority for NCTO.

China Export Subsidies
In the coming year, NCTO will continue to encourage the United States to strenuously pursue dispute settlement consultations with the government of China at the World Trade Organization (WTO) concerning China’s “Demonstration Bases-Common Service Platform” export subsidy program. Through this program, China provides WTO prohibited export subsidies to manufacturers that meet export performance criteria. China’s massive export growth has resulted in billions of dollars in lost sales and tens of thousands of lost jobs in the United States and the Western Hemisphere. NCTO believes it is critical that this matter be taken to the WTO in order to begin the eradication of these illegal trading practices. Doing so will lead to more fair and open competition in the global market.

Additional Issues
NCTO also will continue to focus on a number of initiatives Congress is actively considering that directly impact the textile industry including:

All of these initiatives require the direct engagement of NCTO in the coming year as it attempts to shape the outcome of legislation in each of these areas.

Industry Expansion And Yarn Forward
These policy developments and challenges come at a time when the industry continues to rebound. In 2015, the U.S. textile industry exported to 199 countries, with 25 countries buying $100 million or more a year. As the third largest exporter of textile products in the world, total textile and apparel exports were a record $24.4 billion last year. Much of this export growth is because of the yarn forward rule of origin, which is a critical component of the various FTAs. Moreover, export increases are being driven by a growing emphasis on new markets and growth in new product offerings. Additionally, the U.S. is enjoying continued reshoring in the textile sector.

Revolutionary Fibers And Textiles Manufacturing Innovation Institute
On March 18, 2015, President Obama announced that the DOD would partner with the domestic textile industry to form a new research consortium known as the Revolutionary Fibers and Textiles Manufacturing Innovation Institute. This institute will be dedicated to the development of the next generation of fiber and textile science and product development in order to advance the transition of cutting-edge technologies into the marketplace for both defense and commercial applications. The U.S. government is pledging $75 million in research funding to be matched by $75 million of private investment for this project.

PR Campaign
NCTO is committed to shaping the discourse in Washington on textiles and apparel, and communicating the value of the industry’s contributions to the U.S. economy and the economies of its Western Hemisphere trading partners. In the coming year, NCTO will embark on an industry-wide public relations campaign. This campaign will brand the U.S. textile industry for what it is, a technology-driven, capital-intensive innovator of high-quality products fully competing in the 21st-century global marketplace. This campaign is appropriately timed to help policy makers, along with the general public, quantify the enormous contribution that domestic textile manufacturers are making to the overall U.S. economy. If you would like to participate in the campaign, please contact Eliza Levy at elevy@ncto.org.