The U.S. government is currently negotiating an international trade agreement that will
substantially impact every U.S. manufacturer of fibers, yarns, fabrics, apparel and home
furnishings. Whether the impact will be positive or negative will directly depend on the ability of
the U.S. textile industry to engage Washington policy makers with a strong, unified and persistent
voice.

The agreement in question is the Trans-Pacific Partnership (TPP), which would create a free
trade bloc among 12 Asian, North American and South American countries. The agreement would be
intended to remove all trade barriers among the various TPP countries, including the elimination of
import tariffs. The talks are critical from a textile standpoint in that the TPP includes Vietnam,
a low-cost and rapidly growing exporter of textiles and apparel to the United States. In fact,
Vietnam is second only to China in terms of textile/apparel exports to the U.S. It is also no
mystery that Vietnamese exports get a boost from the fact that their producers are often heavily
subsidized by their government.

The negotiations have been ongoing for two years, and while progress to date has been slow,
the Obama administration is targeting the end of 2013 for completion of the agreement. As such, the
critical and detailed component of the negotiations is getting underway. One of the first and most
important issues is to determine what qualifies as a product of the TPP region. The
country-of-origin requirements will determine how much processing must be done in the TPP region to
qualify for duty-free treatment. 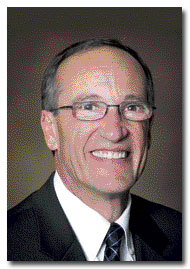 Bill Jasper has been elected to a third term as chairman of NCTO.


The U.S. textile industry has requested that the TPP adopt a yarn-forward origin requirement.
This is the same rule that has been adopted in virtually all U.S. free trade agreements (FTAs),
including the North American and Central America-Dominican Republic FTAs (NAFTA and CAFTA-DR). The
rule is fair and logical because it requires that important production steps, such as yarn spinning
and fabric formation, actually take place in the TPP region in order to get trade preferences.
Failure to insist on a yarn-forward rule would allow non-TPP countries like China to supply textile
components to Vietnam for simple assembly of products that are then shipped duty-free to the U.S.
In short, China would gain another lucrative and damaging back-door entry into the U.S. market.

To their credit, U.S. negotiators have proposed a yarn-forward rule under the TPP. Not
surprisingly, Vietnam is strongly opposing yarn-forward and is to date insisting on an origin rule
that would require nothing more than final assembly. In fact, Vietnam has blocked progress in other
areas under the talks, such as agriculture and financial services, to pressure the U.S. into
concessions on textiles.

To demonstrate the importance of the U.S. holding its ground on yarn-forward, NCTO
commissioned a study by O’Rourke Group Partners LLC to analyze the impact of various negotiating
outcomes of the TPP. The first scenario looked at the unlikely event of Vietnam dropping out of the
negotiations. This outcome was positive for the industry, which would see steady growth over the
next five years. The second outcome reviewed what would happen if the U.S. government’s proposal
prevailed — the agreement includes a yarn-forward rule and extended duty phase-outs for sensitive
items. O’Rourke concluded that while some parts of the industry would experience small losses
initially, the agreement would not deal a severely damaging blow to the U.S. industry.

The third outcome was that Vietnam would get the rules its wants and open that back door to
Chinese textiles. The results for the U.S. industry under this scenario would be catastrophic.
O’Rourke projects losses in the U.S. textile sector and its supply base of more than 500,000 jobs,
extending to virtually every portion of the industry over a 10-year period.

The reasons the numbers are so large and the damage is so widespread are twofold. First,
O’Rourke concludes that Vietnamese access to Chinese inputs under a duty-free scenario would close
many U.S. textile companies producing yarns and fabrics for the garment trade. The Western
Hemisphere trade platform — now nearly $25 billion strong in terms of two-way trade — would
virtually disappear. The losses in terms of jobs in the NAFTA and CAFTA-DR region would be
staggering — more than 1.4 million jobs. Many of these losses would occur in Central America, the
Dominican Republic and Haiti, and would be so large they have the potential of destabilizing these
economies. That is why every FTA partner in the Western Hemisphere and Africa has joined with the
U.S. industry to create the Textile and Apparel Alliance for TPP (TAAT). The alliance has created a
website that is located at taa-tpp.com.

This initial impact would so politically weaken the industry in Washington that it would
create even more damaging secondary impacts. Bills that NCTO and other trade associations have
blocked over the years to lower textile and apparel tariffs would almost certainly succeed. These
include efforts to give countries such as Bangladesh, Cambodia and Pakistan duty-free access for
their textile and apparel exports. Another big loss would be the Berry Amendment, which requires
U.S.-made textile products for the military — it would almost certainly be eliminated for the
simple reason that the industry would no longer have the capacity to supply the U.S. Department of
Defense.

U.S. automotive textiles would be threatened from an entirely different direction — the U.S.
has agreed to let Japan join the negotiations. The Big Three automakers are strongly opposed to
Japan’s entry, fearing that Japan would get duty-free access for its autos while keeping its own
market tightly closed.


The O’Rourke analysis is a wake-up call for the U.S. textile industry. The risks posed by a
bad agreement in the TPP extend beyond the usual suspects. If your company sources fibers, yarns or
fabrics from a U.S. textile company, then your supply chain could also be at risk.

To meet this threat, much of the industry has sprung into action.

On January 8, 122 textile leaders agreed to work on the most extensive outreach and education
campaign this industry has seen in decades. Textile companies are reaching out to vendors and
customers to encourage them to join in the fight.

On April 1, the National Textile Association (NTA) and the American Manufacturers Trade
Action Coalition (AMTAC) merged with NCTO to create a larger, stronger, single voice for the U.S.
textile industry in Washington. The primary impetus behind this merger was the TPP talks and the
need to maximize the industry’s influence in Washington. Because of the merger, NCTO now includes
149 textile companies that have facilities in 28 states.

On April 9, NCTO began to reach out to members of Congress, asking them to sign a letter to
the Obama administration demanding that Vietnam’s proposals be rejected and strong textile rules be
put in their place.

According to NCTO research, more than 300 congressional districts have at least one textile
facility, so the industry’s reach in Congress is potentially very broad. But while the united
membership of NCTO, AMTAC and NTA has extended its geographic reach significantly, more textile
companies need to get involved.

This situation necessitates full focus and engagement of the entire U.S. textile sector. If
you are not already, it is time to get involved! Participation is simple — simply email your name,
company and phone to TakeAction@ncto.org to receive details about how you and your company can
become active. Participation can be as simple as sending a letter to your congressman — and you
could very well be saving a textile job.

NCTO has also created a website, located at stopexportingamericanjobs .com, to help workers
and communities get involved. It has more details on the TPP negotiations and allows individuals to
contact Congress and support the U.S. industry during these negotiations.


On a positive note: In 2012, U.S. textile exports hit all-time records, profits were the
highest since 2006, and earnings per net sale hit 4.0 percent — the highest since 1950. With prices
in Asia rising, and brands and retailers recognizing the value of local sourcing, the U.S. industry
is poised to grow steadily over the next several years. In fact, 23 new textile plants have been
built in this country over the last three years, a sign of renewed confidence. The U.S. textile
industry is experiencing new growth and expansion unlike anything seen in many years.

The future for the U.S. textile industry is bright. It is for that reason that its leaders
must be fully engaged in Washington to ensure that rational and fair policies are developed that
give the industry a chance to thrive. If everyone works together to secure sound trade agreements
and policies, U.S. companies can continue to grow and prosper in the years ahead.