Like any industrial process, textile printing requires raw materials, consumes energy and produces
waste. Nonetheless, there is considerable scope for reducing the impact of the process and helping
ensure it is carried out in a more responsible and sustainable way.

At Stork Prints BV, the Netherlands, activities to reduce the impact of the printing process
fall generally into five distinct categories: more sustainable consumables such as screens; greater
process efficiency; longer equipment lifespan; adherence to strict legislation; and fundamental
research and development (R&D) into sustainability-related issues. Following is a look at each
of these categories.


Any advances Stork Prints makes in the production and use of its screens can have a
significant impact because of the screens’ widespread use. There are three main areas in which
these screens differentiate themselves.

First of all, the lacquer used to coat the screens is chrome-free, so there’s no
contamination possible from this potentially hazardous material. Secondly, the holes in the
company’s NovaScreen®, which is made out of nickel because of its hardness, are also of a special
shape and size, so there’s less mechanical force required to push the printing paste through onto
the substrate. A major advantage of this unique feature is that considerably less nickel is
deposited on the textile being printed because there is less wear and tear. The screens also last
longer as a result.

In addition, the company has installed sophisticated wastewater treatment systems in its
screen production facilities throughout the world. In this way, regardless of whether the screens
are manufactured in countries such as the Netherlands, China, India, Brazil or the United States,
the water required during the process is carefully collected, purified and then used again.


Stork Prints has taken a number of measures in the design of both its conventional and its
digital printing machines to ensure reduced usage of energy, water and paste or ink.


Reactive printing techniques are often used during the production of fashion textiles to
obtain more vivid colors. These techniques necessitate the use of urea for pre-treating the fabric
and in the printing paste. Urea produces carbon dioxide (CO2) during the steaming process, and also
has to be washed out of the fabric.

With Stork Prints’ Eco Foam Unit, there is no need for urea. Instead, special foam is used
to impregnate the fabric. This process maintains – and in some cases even improves – the fabric
color characteristics, produces less CO2 and requires a minimum amount of water. Because the fabric
doesn’t get so wet, the drying time and amount of energy required are reduced by approximately
half. Even the time required for steaming is 30- to 40-percent shorter, which also results in
energy savings. 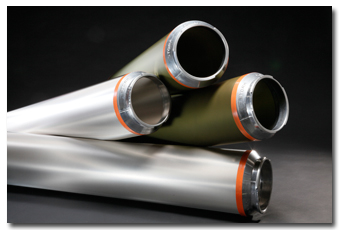 NovaScreen®: Stork Prints’ NovaScreen® rotary screens are made from nickel and combine a high
mesh count with minimum spacing between holes that are wider than holes on conventional screens,
resulting in lower paste usage and higher printing speeds as well as lower squeegee pressure, which
minimizes wear and provides sharper print results.

Using Water Instead Of Chemicals


To give another example, very aggressive acids typically are used to remove the lacquer from
screens after use, particularly in the Far East. This practice isn’t good for the environment, nor
is it good for workers exposed to these chemicals. Stork Prints’ processes, in comparison, use
high-pressure water.


There are also several sustainability-related advantages of direct laser (digital)
engraving. The turnaround time for screens is much shorter – typically only 15 minutes for the
company’s bestLEN, which means less energy is required. It also saves water; when using traditional
wet processes like digital wax or ink, screens have to be developed immediately after exposure,
which requires approximately 250 liters of water per screen. This is no longer necessary with Stork
Prints’ direct laser engraving.


One of the most crucial contributions you can make as a capital equipment manufacturer is to
ensure that your products remain productive for as long as possible. Stork Prints provides
maintenance and spare parts for its printing machines for at least 20 years, and there are numerous
examples from around the world of its RD4 and RD3HD machines that are more than 35 years old and
still going strong – and still receive the company’s ongoing support and service.


With Europe renowned for its strict environmental legislation, the company is subjected to
stringent and regular checks. In the Netherlands, for example, its screen production processes are
regularly audited by various organizations such as the fire brigade, the regional environmental
bureau, and health and safety. Worldwide, Stork Prints always makes a point of conforming to the
local regulations or its own internal standards, whichever are higher.


The company also carries out fundamental R&D in a number of areas. For instance, even
though the levels of nickel and chrome in its screens are well below the permitted concentration
levels, alternatives are nonetheless under investigation so as to eliminate these potentially
hazardous substances altogether. The company is also working on screen-stripping concepts that
don’t require any chemicals. And, in addition to seeking constant improvement in its own
activities, Stork Prints also encourages its customers to adopt more socially responsible
manufacturing practices.