ASTM International, Conshohocken, Pa., has announced plans to establish a center of excellence in the area of additive manufacturing/3-D printing. The organization is seeking up to two partners in the venture with full proposals due by December 15.

Brussels-based EDANA – the association serving the nonwovens and related industries, is taking entries for the OUTLOOK™ Asia Innovation Award, which honors innovative products and services designed in, or intended for markets in the Asia Pacific. EDANA also launched a call for papers for its International Nonwovens Symposium to be held May 23-24, 2018, in Rome, Italy.

Fibrix LLC, Conover, N.C., reports it will increase the list and off-list prices for its nonwovens products by 5 cents per pound effective December 1, 2017, or as contracts allow. The increase is the first to its customers in more than four year, but was necessary because of higher costs in raw materials and freight, according to the company. 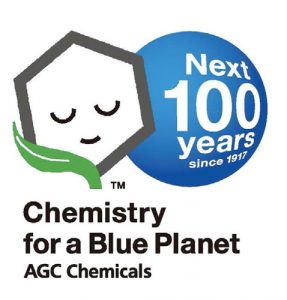 UltraTech International Inc., Jacksonville, Fla., recently was awarded ECO PASSPORT by OEKO-TEX® certification for its EverShield superhydrophobic fabric coating, which means any fabric treated with EverShield is safe for use with clothing, blankets and other materials produced for babies and toddlers.

The Association of the Nonwoven Fabrics Industry (INDA), Cary, N.C., has issued the “North American Nonwovens Industry Outlook, 2016-2021,” a 370-page industry outlook report. The study is available to INDA members for $3,850 and non-members may access the report for $5,500.

England-based MagnaColours® has translated its MagnaAcademy video tutorial training program into Spanish, and will also issue Russian and Turkish versions of the videos in order to help screen printers develop their skills and learn how to best use the Magna product range.