Despite soaring raw materials prices, product demand from U.S. yarn spinners remains relatively strong. As has been the case since the economy began to reopen after the first COVID-19 wave, the primary issue has been timely product delivery as a result of a shortage of qualified labor and a muddled supply chain.

However, soaring prices for cotton and petroleum, as well as a general escalation in energy costs, continue to put pressure on margins for many spinners.

The per-pound price for cotton is at levels not seen for nearly a decade. As of the week ending February 10, spot quotations for the base quality of cotton (color 41, leaf 4, staple 34, mike 35-36 and 43-49, strength 27.0-28.9, and uniformity 81.0-81.9) in the seven designated markets measured by the U.S.Department of Agriculture averaged 122.37 cents per pound. This was slightly down from the previous week, but substantially up from the 81.08 cents reported during the corresponding period a year ago. The ICE March settlement price ended the week at 125.66 cents.

“Margins throughout the yarn industry have always been on the thin side,” said a research analyst. “The escalating costs across the board put tremendous pressure on spinners. Their customers are facing pricing and sales pressures of their own, so they often push back on large price increases. So, the spinners are caught in the middle. They have to be more efficient and effective. They need to turn product around quickly. And they need to get product to customers as promised — a much more difficult proposition today when the supply chain is still somewhat scrambled.”

The U.S. House of Representatives in late January passed the America COMPETES Act, a legislative package that will help close the de minimis loophole on duty-free imports from China and also renew the Miscellaneous Tariff Bill (MTB), both important provisions to U.S. textile manufacturers, according the National Council of Textile Organizations (NCTO).

Another important provision in the legislation, NCTO says, is that it renews the MTB for two years, which would extend limited tariff relief on a range of manufacturing inputs used by U.S. textile producers.

“We commend the House for passing this sweeping legislation, which contains several critical trade provisions beneficial to American manufacturers,” said NCTO President and CEO Kim Glas. “This legislation contains a provision that would effectively prohibit China from exploiting the Section 321 de minimis mechanism in U.S. trade law, a win for U.S. textile producers and workers.”

Despite the action in the House, the act faces some stiff opposition in the Senate. The next step is to reconcile the bill with its Senate sibling, the U.S. Innovation and Competition Act of 2021, which was passed in June with the support of 19 Republicans. But those same GOP senators say changes will have to be made to the House bill if there is any chance of passage in the Senate.

A number of Republican senators say the House strayed from the bipartisan language of the Senate bill. “Throughout our nation’s history, Republicans and Democrats have worked together on critical national security issues,” said Senator Todd Young (R-Ind.) “In that tradition, last year the Senate followed regular order and an open process to pass the U.S. Innovation and Competition Act (USICA) with strong bipartisan support. I am disappointed that the House did not follow a similar process. To outgrow, out-innovate, and out-compete China, we need to work together and take the fight to the Chinese Communist Party.

“As we head to a conference process, my hope is that the final legislation will reflect the Senate bill and give House Republicans a much better option to support. The Senate-passed bill focuses on directly confronting China, and getting legislation like USICA across the finish line will ensure the United States leads the world into the future,” Senator Young said. 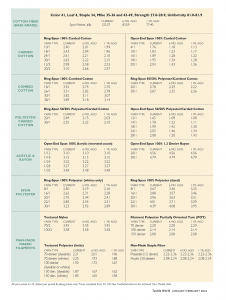