The U.S. economy continued to improve over the first half of the year, and as of early July, was at approximately 93 percent of pre-pandemic levels. Spinners and others across the fiber/textile/ apparel complex reported significant increases in activity compared to the first half of 2020.

Strong holiday sales forecasts have resulted in a flurry of activity. Economists expect total U.S. holiday retail sales in 2021 to rise 2.7 percent to almost $1.1 trillion. “Orders and inquiries have been strong so far, and we expect business to be solid for the remainder of the year,” said one executive. Others said they also expected business to remain strong.

However, spinners continue to experience issues affecting production and pricing.

“One of the biggest issues at the moment is talent,” said a well-placed business analyst. “A lot of people lost their jobs during the pandemic, and some are not coming back into the workforce.”

Added an industry specialist: “We were having trouble keeping enough resources to run
a full schedule before the pandemic. Since the pandemic, it has become even harder to recruit the right people.”

Some employers pointed the finger at supplemental federal unemployment compensation. But more than half of the states in the country ended the program early. “Yet,” one manager noted, “there are still more jobs available than people willing to fill them.”

LinkedIn, which tracks job postings, noted a decline in available jobs early in the pandemic. However, as of July, manufacturing job postings were up 56.88 percent when compared
to the pre-pandemic week of February 12, 2020.

Another area of concern for spinners, as well as others across the manufacturing sector, is the rapid rise in some raw materials costs. Energy costs, for example, have increased
by almost 25 percent over the past 12 months, according to the U.S. Bureau of Labor Statistics.

“The rapid rise in energy costs — especially petroleum — places a heavy burden on yarn manufacturers,” said one operating officer. “We’ve been hit in multiple areas, such as in the cost to keep the lights on and the cost of materials for some of our product offerings. Making yarn can be a low-margin business. Now, it is costing us more to operate, but our customers don’t want to pay more.”

Consumer Prices Up, But So Is Consumer Confidence

Across the entire economy, the Consumer Price Index for All Urban Consumers rose 0.9 percent in June, according to the labor statistics bureau. Increases were noted in used cars and trucks, new vehicles, airline fares, and apparel. Prices have increased 5.4 percent
over the past 12 months.

Despite rising costs, consumers are increasingly confident in the economy and expect to have more disposable income than in past months. The Conference Board Consumer Confidence Index® improved further in June, following gains in each of the previous four months. The Index now stands at 127.3 (1985=100), up from 120.0 in May. The Present Situation Index — based on consumers’ assessment of current business and labor market conditions — rose from 148.7 to 157.7. The Expectations Index – based on consumers’ short-term outlook for income, business, and labor market conditions – improved to 107.0, up from 100.9 in May.

“Consumer confidence increased in June and is currently at its highest level since the onset of the pandemic’s first surge in March 2020,” said Lynn Franco, senior director of Economic Indicators at The Conference Board. “Consumers’ assessment of current conditions improved again, suggesting economic growth has strengthened further in Q2. Consumers’ short-term optimism rebounded, buoyed by expectations that business conditions and their own financial prospects will continue improving in the months ahead.” 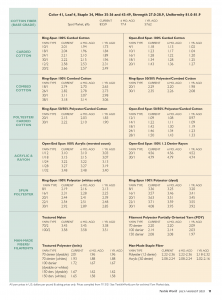