As the post-holiday retail inventory adjustment comes to a close, spinners are once again reporting an increase in orders.

“It’s the same cycle every year — at least in good years,” said one
spinner. “We go full-out to meet holiday orders and then we have a lull in the fourth quarter and the beginning of the first quarter. Then, a few weeks into the first quarter, we start seeing business trickle in again. In not-so-good years, which, thankfully, we haven’t had in a while, it takes much longer for orders to come in.”

Added another spinner: “I would not say it’s booming, but it is definitely picking up across the board. Cottons, blends, home furnishings, they are all beginning to tick upward.”

One industry expert noted that the end of 2019 was different from many other years due to the flood of Chinese imports before the anticipated tariff hike in December. “The tariff increase didn’t happen, but U.S. retailers were eager to get as much low-cost inventory as possible for holiday sales,” she said.

As far as the outlook for 2020, spinners said they are cautiously optimistic. “At this point in time, we see no reason why we should not have a good year,” said one diverse spinner. “But you never know what could come along to derail that. An economic downturn,
turmoil in Washington, wars, weather … they all could affect how the year goes. But the past few years have been solid and, barring something unexpected, we expect the same for 2020.”

“Business is picking up rather early in the quarter, so that’s a good sign,” said another spinner. “We are hoping — and expecting — a good year.”

If the Consumer Confidence Index® is any indication, spinners should be confident of a relatively good year. “Consumer confidence increased in January, following a moderate advance in December, driven primarily by a more positive assessment of the current job market and increased optimism about future job prospects,” said Lynn Franco, senior director, Economic Indicators, at The Conference Board. “Optimism about the labor market should continue to support confidence in the short-term and, as a result, consumers will continue driving growth and prevent the economy from slowing in early 2020.”

The United States-Mexico-Canada Agreement has been ratified by both Mexico and the United States. President Donald Trump signed the agreement in late January. The only remaining hurdle is passage by Canada’s Parliament.

Legislators in Canada did not reconvene until late January, so passage is not expected until some in February at the earliest. And while passage seems assured, some back-and-forth is expected between opposition parties and Prime Minister Justin Trudeau’s liberal minority government. In particular, Canada’s aluminum industry claims it is not adequately protected under the new agreement.

Overall, however, most of Canada’s business community is enthusiastic about the new agreement. “Trade with the United States and Mexico supports thousands of businesses and millions of high-value jobs across Canada,” Goldy Hyder, president of the Business Council of Canada, told reporters. He asked member of Parliament to make USMCA ratification a top priority. 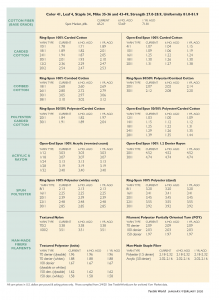