Cotton prices continued a fall that began late last year and are now barely above 50 cents per pound. Average spot quotations were 428 points lower for the week ended August 8, compared to the previous week.

Daily average quotations ranged from a low of 52.73 cents Monday, August 5 to a high of 54.36 cents Thursday, August 8. Spot transactions for the week totaled 2,872 bales. This compares to 8,394 the week before. The ICE October settlement price ended the week at 59.54 cents, compared to 61.84 cents the previous week.

“No doubt that this downward price pressure is due in large part to cotton sales to China being substantially below the level that was expected in the absence of tariffs,” National Cotton Council (NCC) Chairman Mike Tate said. “On top of that, U.S. cotton has lost market share in China to Brazil and Australia, and pressure is building in the distribution chain as U.S. cotton exports lag and stocks build.”

U.S. cotton sales to China have decreased by more than one million 480-pound bales for the year to date, according to the NCC. “We realize that President Trump is working to address long-standing market access barriers and structural concerns, but we encourage the administration to look at all options to increase U.S. cotton’s global competitiveness,” Tate said.

The Trump administration recently  announced a $16 billion package to aid farmers through the Market Facilitation Program (MFP), Food Purchase and Distribution Program (FPDP), and Agricultural Trade Promotion Program (ATP). Tate said this assistance is timely as U.S. cotton’s economic health is deteriorating. He noted cotton futures prices have fallen by 30 cents per pound since summer 2018. That equates to about $250 less revenue per acre for a producer with average yields.

The U.S. Trade Representative Office’s (USTR) announced in mid-August updates to a proposed 10 percent tariff on approximately $300 billion of Chinese imports.  Included in the tariffed goods are textile and footwear. If imposed, it is likely new tariffs on textile products would not likely go into effect until December.

“As U.S. manufacturers that have suffered enormously from China’s illegal IPR activities and state-sponsored export subsidies, we strongly support the administration’s decision to move forward with this next tranche of 301 retaliatory tariffs that will finally cover a significant portion of China’s exports in our sector,” said Kim Glas, NCTO President and CEO. “We also believe that the inclusion of products that are within significant Chinese employment sectors, like finished apparel, will substantially increase the administration’s negotiating leverage with the Chinese to address systemic trade reforms that are needed. Any such settlement must include short-and long-term reforms that eliminate China’s predatory trade practices in key industrial sectors across the board, such as textiles and apparel.”

There are several new factors that may herald increased orders for yarn and other textile goods First, The Federal Reserve voted in late July to lower the federal funds rate to between 2 percent and 2.25 percent, making the first cut in years. When this rate decreases, it’s passed along to consumers, lowering the costs of borrowing for consumers and encouraging economic growth.

Second, consumer confidence is once again of the rise. The Conference Board Consumer Confidence Index® rebounded in July, following a decrease in June. The Index now stands at 135.7 (1985=100), up from 124.3 in June. The Present Situation Index — based on consumers’ assessment of current business and labor market conditions — increased from 164.3 to 170.9. The Expectations Index — based on consumers’ short-term outlook for income, business and labor market conditions — increased from 97.6 last month to 112.2 this month.

“After a sharp decline in June, driven by an escalation in trade and tariff tensions, Consumer Confidence rebounded in July to its highest level this year,” said Lynn Franco, senior director of Economic Indicators at The Conference Board. “Consumers are once again optimistic about current and prospective business and labor market conditions. In addition, their expectations regarding their financial outlook also improved. These high levels of confidence should continue to support robust spending in the near-term despite slower growth in GDP.” 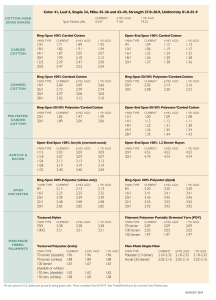