Over the third quarter of 2018, a number of spinners exhibited unbridled optimism about the prospects for a solid 2019. Spinners said such things as, “I see no reason that the strong run of business we’ve had for over a year should change. Things look promising well into 2019.

And while general optimism still remains, it has become more reserved over the last month or so. The partial government shutdown, the unstable trade relationship with China, a split Congress and declining consumer confidence have made some spinners a little more wary than just a few months ago.

The trade conflict with China has reached a temporary truce, but no one is sure how long that will last. “Eventually, if not resolved, it is going to affect raw material costs for any number of industries,” said one industry observer. “It is a double-edged sword. Higher import tariffs have greatly benefited some industries, while causing others to lose money.”

Another spinner said: “We feel good about where we are, and, if economic conditions hold, we expect 2019 to be a very good year. But we are keeping our ears to the ground for any changes.”

One thing that has changed is the degree of customer confidence in the economy. After spending much of the year close to record highs, the Consumer Confidence Index began to plunge late in the year.

“The Conference Board Consumer Confidence Index® decreased in December, following a modest decline in November. The Index now stands at 128.1 (1985=100), down from 136.4 in November. The Present Situation Index – based on consumers’ assessment of current business and labor market conditions – declined slightly, from 172.7 to 171.6. The Expectations Index – based on consumers’ short-term outlook for income, business and labor market conditions – decreased from 112.3 last month to 99.1 this month, according to a Conference Board release.

One of the landmark events of 2018 was the renegotiation of NAFTA. The result, The U.S.-Mexico-Canada Agreement (USMCA), has been signed by all three countries, but still must be ratified by Congress.

The agreement will be submitted to the new Congress, but could take some time for ratification. And it is not out of the realm of possibility that a new Democratic House of Representatives could make changes to the deal. Some Representatives have already express concern over some portions of the agreement.

According to the Center for Strategic and International Studies, “If Congress does not get the changes it wants incorporated into the package the White House submits, U.S. Speaker of the House Nancy Pelosi can take the administration’s draft implementing legislation and make changes prior to introducing the bill in the House (where the process of legislative approval must begin because the trade agreement makes changes to tariffs, and is considered a “money bill”). In her previous term as House Speaker, Pelosi delayed consideration of the U.S.-Colombia Free Trade Agreement for nearly four years by refusing to allow implementing legislation to be introduced in the House until her terms were met.”

Interestingly, beyond  USMCA, a final version of the former Trans-Pacific Partnership Agreement has been ratified and became operational on December 30 for its 11 member countries. Now known as The Comprehensive and Progressive Agreement for Trans-Pacific Partnership, the agreement includes all the original nations in the negotiations except for the United States. Members left the door open for other countries, particularly the United States and China to join – if they agreed to the current provisions of the pact. The United States disagreed with more than 20 provisions of the original agreement.

DAK Americas LLC (DAK), an Alpek Polyester business, announced on January 9 that it has signed an Asset Purchase Agreement with Perpetual Recycling Solutions LLC (Perpetual) to acquire the Perpetual PET recycling facility in Richmond, Ind., according to a DAK release. “The Perpetual PET recycling operations have an approximate annual capacity of 100 million pounds per year (~45,000 tons per year) of high-quality recycled polyethylene terephthalate (rPET) flake. 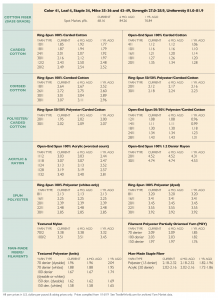