Sales of commodity yarns continue to be stagnant mid-year, with many spinners reporting results significantly below projections. At the same time, while the downturn has been a disappointment, it does not, at least to this point, compare with the disastrous declines experienced in years past.

“I don’t think you could say we’re disappointed in our sales,” said one spinner. “Certainly, from the perspective of where we were last year at this time, we are well below expectations. But, we haven’t dropped

as far or as fast as we have experienced in the past. Our hope is that this is a temporary correction based on over-ordering in previous quarters and that business will return to normal levels in the very near future.”

“Some weeks have been better than others,” said one spinning executive. “We’ve had some bad weeks and some decent weeks. But it’s been a long time since we’ve had a terrible week.”

Another spinner reported a similar experience. “We’ve done all right some months, not so well in others. It’s almost like one month on, one month off. Our customers are waiting to the last minute to order what they need. And then they buy only what they are sure they can sell. Then the process starts all over. Our customers are getting the same treatment from their retail customers, who are waiting until inventory is very low before restocking.”

Despite the recent slowdown in orders for many spinners, the fact remains that for the first time in many years, U.S. spinning capacity is increasing.

With the announcements over the past few years of expansions and new plant construction, the competition for business among U.S. spinners will only increase in the future.

And that means that all spinners are going to have to approach the market from a different angle than that traditionally used for marketing commodity products. Spinners today should be looking for every opportunity to differentiate their businesses from their competitors.

“We are able to keep our customers happy by having an aggressive delivery strategy,” said one Southeastern spinner. “Our ability to get business often hinges on whether we can get product to our customers, particularly those in Central America, faster than anyone else.”

“Service and the customer experience is everything today,” said an industry expert. “When one product is the same as another and can be had for the same price, the only way to stand out is to make sure your customers are not just satisfied, but happy — and that goes way beyond meeting basic expectations.”

Despite the signing of the Trans-Pacific Partnership (TPP) trade agreement by all member nations, for the pact to be binding on the United States, it must be ratified by Congress. And, at this point, that is far from certain.

While President Obama and most Republican members of Congress are strongly in favor of TPP, many Democrats oppose, as do Presidential candidates Bernie Sanders and Donald Trump. Hillary Clinton says she would like to see changes in the agreement before it is approved, which might require additional negotiations.

The net result is, in the middle of an election year, the TPP is unlikely to come before Congress. And it is just as unlikely that the next U.S. president will send the agreement through Congress without modification. 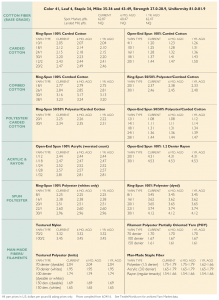