Glen Raven Inc., Glen Raven, N.C., has promoted Glen Raven Custom Fabrics LLC President Leib Oehmig
to corporate COO as part of its long-range strategy to bolster its global operations. In his new
position, Oehmig will work with Glen Raven President and CEO Allen E. Gant Jr. and the company’s
Executive Committee to establish strategies including a leadership succession plan under which
Oehmig will assume the role of President and CEO upon Gant’s retirement in four years, at which
time Gant will continue as chairman of the company’s Board of Directors.

“The breadth and complexity of our business has increased steadily during recent years, which
will benefit greatly from Leib taking on the responsibilities as COO,” Gant said. “Our goal will be
to assure that Glen Raven’s associates have all of the resources they need to continue creating and
delivering innovative products and services for our customers.”

Gant, who joined the family-owned company in 1971, became president and CEO in 1999 and
represents the third generation of leadership of Glen Raven, which was founded in 1880 as Altamahaw
Mills. Under his leadership, the company has expanded into Europe, Asia and South America; and its
Sunbrella® and Dickson® fabric brands have become well-established brands in the outdoor furniture,
marine and awning sectors.

Oehmig Joined Glen Raven in 1989 after receiving bachelor’s and master’s degrees from Clemson
University, Clemson, S.C. He helped plan and build Glen Raven’s Sunbrella manufacturing facility in
Anderson, S.C., and served as the plant’s site manager before his promotion to president of Glen
Raven Custom Fabrics in 2009. 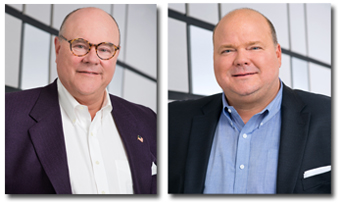 Oehmig is the first non-family member to serve as Glen Raven’s president and CEO. “It is a
distinct honor to be selected as chief operating officer and to work with Allen and the Executive
Committee and Directors in providing strategic direction and leadership succession for our
company,” he said. “From my career at Glen Raven, I have developed a deep appreciation for how our
family-owned company has been built and sustained through the commitment of shareholders and the
dedication and hard work of associates.”