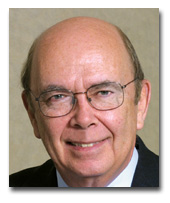 A Proposal To The Textile IndustryGlobalization and free trade are irreversible tenets of the
world today. The best we can hope for is that free trade is not foul trade, and we must be able to
compete within that context. Fortunately, properly motivated American workers are the most
productive in the world, and American managers and scientists are the most innovative. The countrys
long-term salvation depends on those factors. During the past 18 months, our firm has committed
almost $3 billion of debt and equity funding to the textile and steel industries, mainly Burlington
Industries and Bethlehem Steel. We believe that illegal trade practices have created so much
unemployment that politicians, labor and management will be forced to cooperate aggressively to
solve the problems. If they fail to do so, we will be reduced to a nation of hamburger flippers,
stock traders and litigators, and the American standard of living will be something our
grandchildren will experience only in history books.The reason why 13 rate cuts by the Federal
Reserve and massive federal budget deficits failed to reduce unemployment is that recent job losses
are not just cyclical. They are permanent because we have been exporting jobs instead of products.
According to the National Association of Manufacturers (NAM), during the last two years, the United
States has lost 2.7 million jobs in manufacturing. During the same period, our balance of trade
deficit (the excess of imports over exports) has doubled to $500 billion per year, or 5 percent of
our economy. Gross imports of products now exceed the value of our total manufacturing output.
According to the Commerce Departments Bureau of Economic Analysis, the multiplier effect on the
economy is that losing $1 of final manufacturing sales also costs the economy an additional $1.43
of ancillary activity. Therefore, our trade deficit shrinks the economy by about 12 percent per
year. If we could just cut the deficit in half, back to where it was in 2000, we would virtually
eliminate unemployment. I believe this goal could be achieved just by eliminating illegal foreign
trade. Textile and apparel industries have lost about 250,000 jobs, and, according to a new study
released by the American Textile Manufacturers Institute, another 650,000 or more will be lost if
the Chinese quotas are eliminated in 2005. The industry is ill-prepared for this onslaught, partly
because illegal transshipment plus subsidization of Chinese exports by its currency manipulation
plus an awful retail environment in the United States have left the industry reeling. But, I
believe that if the industry pledges to make the structural changes listed below, it would be
economically appropriate and politically feasible for the administration to delay the quota
elimination by a year or more by implementing the quota safeguard mechanism that was part of Chinas
admission to the World Trade Organization (WTO). First, consolidation is essential. In sector after
sector, there are too many factories operating at low percentages of capacity and therefore are
unable to be competitive. Second, the owners of the survivingmills must commit the additional
capital needed to maximize efficiency of these larger-scale operations. Third, the owners must
commit to major research and development budgets for nanotechnology and other technological means
of enhancing products with proprietary features. Fourth, both management and labor must commit to
greater efficiency. This means management pay structure must involve less base compensation and be
more tied to profitability. Finally, the industry must commit not to ask for any further protection
once the foreigners play by the rules. These pledges may sound harsh, but I am afraid they are the
reality. We all know free trade is the correct long-term route to world growth and improved global
standards of living. This does not mean that China and others can break the rules and that it is
our governments obligation to make sure they dont, but the United States has failed historically to
enforce our bilateral and multilateral trade agreements and has abrogated too much power to the
WTO. The WTO was created by the Clinton administration as the successor to the General Agreement on
Tariffs and Trade to enforce global trading agreements. It has failed miserably by turning down
virtually every countervailing measure proposed by our government. This is because the WTO is
structurally flawed. It operates by consensus and has 146 members, 145 of whom have a single
objective improving their trade balance with number 146, the United States. Therefore, WTO really
stands for Wealth Transfer Operation out of the United States. Our government must change the
ground rules so that the WTO fulfills the purposes originally intended for it.To facilitate the
political effort, I have organized the Free Trade Action Coalition (FREETAC) to bring together
managers and labor in the textile, steel and other industries plagued by foul trade. According to
NAM, 46 states have each lost 11 percent of their manufacturing jobs over the last two years.
However, each industry tends to be concentrated in only a few states. Therefore, members of FREETAC
will try to convince elected officials in their respective regions to help all import-impacted
industries, not just the local ones. This is essential because a few American companies in each
industry cannot offset the diplomatic and lobbying strength of the rest of the world. But we have
one unique weapon: we vote here and they dont. No Michigan member of Congress will lose an election
for helping textiles, and no one from Georgia will lose because of helping steel. But if each state
with a foul trade problem joins forces with other states with different trade issues, the powerful
implications for the Electoral College will be clear to all.
Editors Note: Wilbur L. Ross is chairman of WL RossandCo. LLC, a private equity firm based in
New York City. Ross also is chairman of International Steel Group, Cleveland. His bid to acquire
Greensboro, N.C.-based Burlington Industries Inc. was approved recently by the US Bankruptcy
Court.Textile World encourages textile executives to speak out on matters affecting todays
textile industry. To participate in
TWs Executive Forum, e-mail: jborneman@TextileIndustries.com.
October 2003