China: Opportunity Or Threat
Serious questions linger over the benefits to the U.S. textile industry of normal trade
relations with China.The decision by the United States to grant permanent normal trade
relations (Ntr) to China and that countrys expected entry into the World Trade Organization (WTO)
later this year has, perhaps, engendered more heated debate than any other trade issue in recent
memory. The issue transcends politics, geography and industry. It has staunch allies pointing their
fingers at each other and embittered rivals speaking in a unified voice. It is the salvation of
American agriculture and high-technology industry, or the death of smokestack America, depending
upon which side is talking. It is an issue that has economic, political and moral ramifications. It
at once sets up a clash of two radically different cultures and offers the opportunity for mutual
growth and understanding.And it is a definitive example of the fair trade versus free trade
argument.For those few readers who, perhaps, tucked their heads under the sheets several years ago
in hopes that they would wake up to find the issue had just gone away, following is some background
on how the whole situation evolved.What Is Ntr 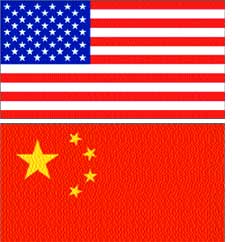 First of all, a definition: Ntr refers to the general tariff treatment the United States
extends to foreign nations in return for reciprocal tariff treatments for U.S. exports. Ntr, also
known as most-favored-nation trade status, is accorded by the United States to more than 130
countries throughout the world. In fact, only six nations Afghanistan, Cuba, Laos, North Korea,
Serbia-Montenegro and Vietnam dont enjoy the designation.The United States has even more favorable
agreements in place with a number of nations, most notably its North American Free Trade Agreement
(NAFTA) trading partners.The United States suspended Ntr for China, the Soviet Union and all
countries in the then Sino-Soviet bloc in 1951. Ntr tariff status was restored conditionally to
China in 1980 under Title IV of the Trade Act of 1974, despite Chinas noncompliance with a key
amendment to the act. The Jackson-Vanik Amendment, targeted primarily to the former Soviet bloc,
specified that Ntr may not be granted to any non-market economy that restricts free emigration,
unless the President of the United States waives the restrictions for certain specified reasons.
From 1980 until now, the granting of Ntr status to China had to be renewed on an annual basis,
based on having a bilateral trade agreement in place and a Presidential waiver of the Jackson-Vanik
Amendment. President Clinton last renewed the waiver for China in June of this year. The current
bilateral trade agreement with China is in force until next year.A hotly debated bill granting
permanent Ntr status to China passed the U.S. House of Representatives in May. The Senate passed
the measure in September.The granting of normal trade status was among the last of Chinas obstacles
in its quest for membership in the WTO. Founded in 1995, the WTO is the successor to the General
Agreement on Tariffs and Trade (GATT), estab-lished after World War II. The mission of the
organization is to monitor global trade rules and ensure orderly and fair implementation of trade
agreements.Chinas accession to the WTO is heralded by China/WTO supporters as a boon for the
economies of the worlds developed nations. With its huge population and heretofore-untapped market,
there is opportunity for considerable export and prosperity. Opponents argue that, while China does
indeed represent opportunity, reality is a different matter. China, they say, has made a mockery of
its trade agreements in the past, refusing to remove barriers to exports while engaging in illegal
product dumping to its trading partners.This, of course, is a somewhat oversimplified picture of a
very complex trade issue. And it doesnt take into account at all the delicate subjects of human
rights and the morality of purported free trade with a nation that, from the American viewpoint,
oppresses and sometimes massacres its own people.ATMI Opposition 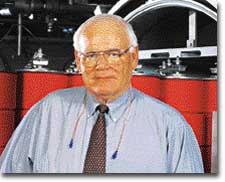 Within the U.S. textile-apparel complex, there are several issues with which industry leaders
take exception.In 1995, all WTO members had to face a 10-year period during which the United States
would phase out its quotas on textile and apparel imports, said Roger W. Chastain, CEO of Mount
Vernon Mills, Greenville, S.C., and president of the American Textile Manufacturers Institute
(ATMI). China, on the other hand, would only have to face a five-year phase. As well, Chastain said
China continues to refuse to open its market to U.S. textile and apparel products, continues to
violate U.S. intellectual property rights and continues to illegally smuggle textiles and apparel
into the United States.The WTO has been ineffective in enforcing the bilateral and multilateral
agreements under which its members trade, he said. Citing a report entitled Promises Unkept: A
Report on Market Access for U.S. Textile and Apparel Products Five Years into the World Trade
Organization, a study commis-sioned by ATMI and completed earlier this year, Chastain said the WTO
has not provided market openings it promised, and the U.S. government has not taken action to open
those markets.The report takes an in-depth look at 27 textile- and apparel-exporting countries and,
according to Chastain, found that only four are open to U.S. textile and apparel products. Each of
those four were already open before the WTOs creation.This report shows what weve already known for
a long time the U.S. textile industry is doing business in an unethical, inequitable world,
Chastain said.The report cites numerous examples of how U.S. trading partners have circumvented the
intent of WTO and specific bilateral trade agreements. The United States, for example, granted
India increased access to its market, an action worth hundreds of millions of dollars, in exchange
for limited access to the Indian market. The report states India made the agreed tariff cuts but
then imposed special countervailing duties, citing balance-of-payment protocols against all of the
agreed-upon products. The result, according to the ATMI report, was a five-year escalation in
Indian imports, totaling $832 million, a 56-percent increase. Meanwhile, U.S. textile and apparel
imports to India remained under $20 million. The ATMI report cites similar circumventions of
agreements by other countries.Five years into the WTO, at least 16 major exporting countries,
including India, Pakistan, Egypt and Thailand, have failed to meet their WTO obligations and open
their markets to U.S. textile and apparel imports, the report states. In fact, this report could
not find a single country that is currently a major exporter of textiles and apparel to the United
States that has provided significant market access because of the WTO.

Dollar values of U.S. imports from and exports to China from 1988 to 1999The report
continued: It is vital that the WTO be reformed in order to ensure that competition is open and
fair. As a first step, the U.S. government must continue to reject efforts by developing nations to
increase U.S. access at a time when these very countries refuse to open their markets to U.S.
exports.ATMI opposed the granting of permanent Ntr to China and is against the acceptance of China
into the WTO. Ultimately, the two actions could cost the United States up to 150,000 textile and
textile-related jobs, $7.6 billion in lost apparel sales and $4 billion in lost textile sales,
Chastain said.This preferential treatment [Ntr status] will do nothing to change Chinas outlaw
behavior, nor will its membership in the WTO, he said. In fact, WTO membership will severely limit
the United States ability to act unilaterally to attack Chinas smuggling of more than $4 billion of
textiles and apparel into the United States each year. China has signed six bilateral textile trade
agreements with the United States and has broken every one of them. In addition, because the United
States has agreed to consider China a non-market economy, China will be able to continue to exploit
a loophole in the U.S. trade regulations and escape the U.S. countervailing duty law against export
subsidies. Let me stress that all U.S. manufacturers and their workers, not just those in textiles,
will be sitting ducks for Chinas subsidized exports.Why Support Chinas WTO MembershipIf the ATMI
stance is, indeed, a harbinger of things to come, why would anyone support Ntr status and WTO
membership for ChinaPresident Bill Clinton, in a statement after the Senate vote, said Ntr for
China will extend economic prosperity at home and promote economic freedom in China, increasing the
prospects for openness in China and a more peaceful future for all of us.The President, though,
stopped well short of echoing the position of those who aggressively support China and claim that
Ntr and WTO membership is a virtual guarantee of enhanced access by the United States to Chinese
markets. Ntr status will give the United States a chance not a certainty, but a chance to
strengthen our prosperity and our security and to see China become a more open society. Now our
test as a nation is whether we can achieve that. I hope and I strongly believe we will.When we open
markets abroad to U.S. goods, we open opportunities at home, the President said. [Ntr] will do
that. In return for normal trade relations China will open its markets to American products from
wheat, to cars, to consulting services. And we will be far more able to sell goods in China without
moving our factories there. But there is much more at stake here than our economic self-interests.
Its about building a world in which more human beings have more freedom, more control over their
lives, more contact with others than ever before a world in which countries are tied more closely
together, and the prospects for peace are strengthened.Trade alone wont accomplish this, Clinton
said, but bringing China under global rules of trade is a step in the right direction. The more
China opens its markets to our products, the wider it opens its doors to economic freedom, and the
more fully it will liberate the potential of its people. 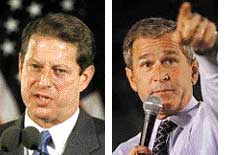