According to Erema, the technology can be used to repelletize production waste in a variety of forms including films, tapes, fibers, nonwovens and hollow bodies, among other forms. 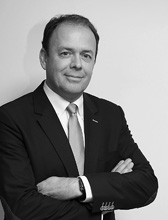