Tencel® lyocell fiber, whose closed-loop direct solvent process was patented in 1987, came on the market in 1992 as a branded fiber. Cellulose fiber producer Lenzing AG, Austria, one of the basic patent holders, acquired the brand in 2004 and has expanded production significantly to meet demand for a growing range of applications. The smooth-surfaced, hydrophilic fiber, extracted from wood, offers superior moisture management and natural cooling, inhibits bacterial growth, and is chemical-free and non-irritating to sensitive skin. It is available in the standard fibrillating variant as well as two non-fibrillating crosslinked variants.

Lenzing recently launched Tencel C, comprising Tencel fiber soaked with chitosan, made of chitin extracted from crab shells. Chitosan, the second most available natural polymer after cellulose, has long been used in cosmetics and pharmaceuticals, and is said to relieve itching,
regulate cells and protect the skin, in addition to having an antibacterial effect. Lenzing reports it adds skin-soothing cosmetic benefits to Tencel, and in a scientific wear study, stockings made with Tencel C were shown to protect the skin, allow it to retain more moisture, improve skin
elasticity and stimulate skin cell regeneration. Lenzing is promoting the fiber for use in apparel worn next to the skin and in home furnishings such as bed sheets. There also are potential wound-healing applications. 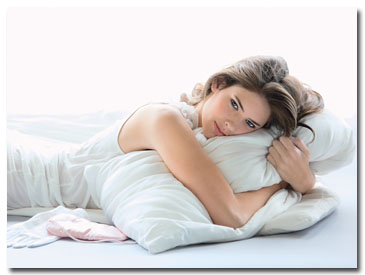 Tencel® C applications include bedding as well as next-to-skin apparel such as underwear,
leggings, nightwear and other apparel items.

“Our research team worked on Tencel C for almost ten years,” said Alexandra Steger, project manager marketing apparel, Textile Fibers, Lenzing AG. “We have attached the chitosan so that it can’t wash off or be stripped off. The fiber is spun, and the chitosan solution penetrates into its porous structure. The fiber is then finished. Cellulose and chitosan are very similar, so we can combine the botanic and oceanic stories,” she said, pointing out cellulose’s botanic source and chitosan’s oceanic source. “The molecules differ only at one point where chitosan has an amino group.

“Lenzing produces the fiber at its Heiligenkreuz, Austria, plant, and now makes a 1.3-decitex (dtex) fibrillating fiber. It plans also to offer a 0.9-dtex microfiber and a low-fibrillating crosslinked fiber. 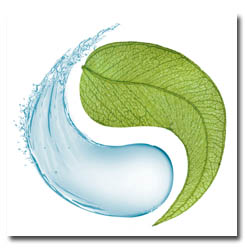 To ensure end-product quality, Lenzing partners with the customers. “We will take care of all process steps and are in close contact with the spinning mills and dyehouses,” Steger said. “Dyeing and finishing are quite sensitive, and the dyestuffs and processing are selected very
carefully.”

Tejidos Royo, Spain, is using Tencel C on the reverse side of its Wellness & Skin Care Denim fabrics. Huber Tricot GmbH, Austria, will introduce lingerie made with the fiber in its 2012-13 Bodywear collection. Other apparel companies as well as home textiles manufacturers are sampling the fiber. Lenzing will launch Tencel C in the United States at the upcoming Los Angeles International Textile Show and Texworld USA.