Delta Apparel Inc., Greenville, S.C., has extended the employment contract for Chairman and CEO Robert W. Humphreys for two additional years. Humphreys joined the company as CEO in 1998. He was named chairman of the board of directors in 2009.

Higg Co. — a company spun out of the Sustainable Apparel Coalition last year that supports apparel, footwear and textile industries to scale digitalization of sustainability data
across supply chains — has hired Del Hudson as vice president of marketing
and communications.

Charles “Nubert” McDaniel recently retired from his role as plant manager at Weavetec Inc., a jacquard fabric weaving company in Blacksburg, S.C. McDaniel was a long-time employee, and Weavetec renamed its Plant #2 the Charles N. McDaniel Plant in his honor.

The Industrial Fabrics Association International (IFAI), Roseville, Minn., has appointed Fred Chuck executive director of its Geosynthetics Materials Association. Chuck brings more than 38 years of experience in the geosynthetics industry with him to his new IFAI role.

Molly Langenstein was promoted to CEO and president of Fort Myers, Fla.-based Chico FAS. She will also join the board of directors. Current CEO and President Bonnie Brooks will transition into a new role as executive chair of the board of directors, continuing to oversee the company’s strategic direction. Board member William “Bill” Simon will take on a role as lead independent director. David Walker will remain on the board. All appointments are effective June 24, 2020.

Matt Buck was named vice president of sales and business development for the Jones Family of Companies, Humboldt, Tenn. 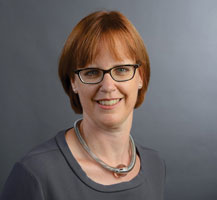