According to Dr. Chris Pastore, professor, Philadelphia University, a composite is defined as “a product composed of two or more distinct components, usually one being fibrous in nature, that behave as a uniform, monolithic material.” What most recognize as a composite today, usually begins with some sort of fibrous “stuff” in the form of individual fibers, yarns, fabrics or near net shape preforms. Add to this a resin or matrix binder, most likely using a mold of some type, and apply a combination of heat and pressure to cure the resin, followed by a bit of finishing as needed and the result is a composite part. In many cases, it’s literally that simple. However in other cases, it is much, much more complicated than that. What is the main driver for the composites industry’s continued seemingly sustainable growth and why are composites so interesting? 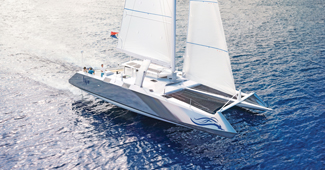 Perceived Versus Real Performance
In a word, it’s all about performance. For the majority of applications, composites simply perform better, or at a minimum, offer an appreciable degree of performance advantage over the incumbent product. Sure that carbon fiber look can be sleek and cool to many young and older connoisseurs alike, but performance in some form or another is the primary driver behind the current and future growth of the composites industry. However, before getting too caught up in composite performance, one must consider the fact that in recent years the word performance in many instances has become more of a marketing term than an engineering term. With marketing often the driving force, “performance” can mean many different things, the bulk of which can be broken down into one of two categories — perceived performance and real performance. Perceived performance is typically propelled by marketing efforts to create the perception of performance and value. In this instance, the composite product is selected more for its aesthetic look, feel and possibly vanity reasons rather than its functional merits. As a result, performance becomes rather subjective. Terms like “the best thing I’ve ever used,” and “it looks great,” are often heard in the description, but truth be told, the product doesn’t really provide a critical element to the application’s usage.

Conversely, real performance is what the majority of composite products are designed to offer. Real performance is driven by test data, remains quantifiable and tangible, and generally contributes greatly to the application’s success. Most importantly, it is not a perception. Many new applications are being defined as high-performance composites that exhibit inherent product performance that is critical or vital to the product’s success in that application. In these applications, if the composite product doesn’t perform as intended, a significant and often catastrophic failure could occur. Being labeled as high performance for these composite applications generally indicates there is clearly defined design criteria, quantifiable specifications and most likely reams, or in this day and age, terabytes of engineering analysis and test data for validation.

Pushing The Envelope
Where significant weight savings was once the primary driver, numerous performance-related factors now contribute to the growth of composites usage around the world. Historically cautious and skeptical engineers now are accepting the use of composites in high-visibility and high-performance applications. Their skepticism is mitigated by a growing knowledge and usage database garnered from notable composite product performance in previous and existing applications. This knowledge fosters overall confidence, application growth and diversification. Vastly improved design and engineering tools are aiding design capabilities, allowing designers and engineers to push the envelope even further. One also can infer that composites provide engineers and designers with increased design flexibility because of the luxury of specific fiber placement in high stress/strain areas and the fact that composites can be molded into rather complex shapes. As such, product performance certainly continues to play a crucial roll in sustaining the momentum gained by the composites industry. 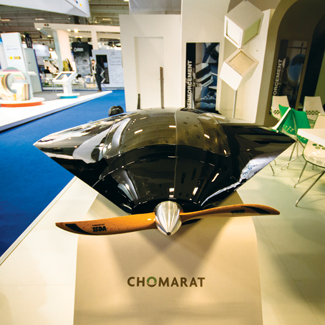 Superior Strength-To-Weight Ratios
Composites used in performance-driven applications benefit from a number of desired attributes. Chief among these properties is the superior strength-to-weight ratios of engineered composites compared to similar metal products. Weight savings lead to lower energy consumption, which typically translates into fuel savings, but also can lead directly to higher speeds, better transfer of energy and improved overall performance. Other desired attributes of composites include a greater ability to define and address high stress/strain areas, greatly improved stiffness-to-weight ratios, targeted and controlled flexibility, and improved conformability. Composites stand up well to heat and corrosion. In many cases, they offer green and sustainable attributes including a possible reduction in manufacturing’s carbon footprint. And, of course, though it may not be specifically performance related, for many, the look of some composite parts — the carbon fiber weave pattern shining through the resin’s surface for example — can look and feel rather “sexy.”

Growing And Evolving Markets
Composite applications continue to grow and evolve in a wide variety of markets and even broader assortment of performance-based end-uses. The aerospace industry remains a leading outlet for composites and continues to be the fastest growing segment for high-performance composite usage. The generally higher stiffness-to-weight ratio of high-performance composites over metal incumbents provided the initial entry in many of these applications, but other attributes are certainly helping. Carbon-carbon and ceramic matrix composites are able to perform under extreme high-temperature conditions in excess of 2,000°F. Advances in processes and technology allow for more efficient and integrated composite designs that take advantage of the ability to create near net shape preforms along with defining and addressing targeted load and stress areas. Researchers are finding that fiber-reinforced composites are less likely than metals to experience high-fatigue-related failures. It’s also anticipated that composite usage will lead to a reduction in scheduled and non-routine maintenance costs.

Current high-visibility aerospace examples include the new Boeing 787 Dreamliner jet where composite components account for more than 50 percent of the airframe and structure. As a result, a 20-percent weight-savings was realized compared to more traditional airplane designs making it one of the most fuel-efficient jets of its size. Also, Virgin Galactic’s WhiteKnightTwo aircraft, designed and built to carry a spaceship filled with paying customers to the outer reaches of Earth’s atmosphere, is the largest all-carbon-composite aircraft built to date. Due in large part to the use of composites, this aircraft is able to carry heavy payloads — 35,000 pounds or more — at high altitudes upwards of 50,000 feet, and has a flight range exceeding 2,000 nautical miles.

Military End-Uses
The Department of Defense and military applications continue to be a significant developing market for composites. Most of the products fall into one of three general areas:

Also of note are advancements in the use of high-performance composites in greatly improved prosthetics for wounded soldiers and amputees.

The marine industry — one of the first large-market applications to accept and incorporate composites on a significant scale — and the wind energy market with its strong growth potential, continue to benefit from composites’ strength and stiffness-to-weight ratios. Resistance to corrosion in wet environments of many composite products also continues to drive composite usage and advancement in this range of applications.

Sports, “extreme” sports and other emerging markets continue to present opportunities for composites where performance increases — real and perceived — always are in demand. According to Composites World magazine, “Composites are currently found in products used in 7 of the 10 most popular sports and recreational activities.” Some are maturing markets — such as hockey sticks, golf clubs, skis and snowboards for example — while other markets are expanding daily, and still others present small niche opportunities with growth potential. Regardless, performance remains the key factor and composites perform.

Future Outlook
There’s a quote attributed to the inventor Ray Kurzweil, who in 2010 said: “When I was in college [he graduated in 1970], we all shared one computer that cost tens of millions of dollars and took up half a building. Today’s ‘smart’ phone is a million times cheaper and a thousand times more powerful. That’s a billion fold increase in computational power and effectiveness in less than 40 years.” Similar observations can be found in the advances made in the performance and effectiveness of composites over a similar period of time. As composite performance continues to progress, and the markets become increasingly more accepting, opportunities will continue to unfold. Can one imagine where composite applications will be in another 40 years?

Editor’s Note: Jim Kaufmann is senior engineer at T.E.A.M. Inc., Woonsocket, R.I.; and owner of NovaComp Inc., Willow Grove, Pa. The article is based on Kaufmann’s presentation given at the 2014 Textile World Innovation Forum.