T
he nonwovens sector will continue to grow, with most growth coming from new markets and
applications. Currently, the United States is the largest producer of nonwovens, and this dominance
is expected to continue. Emerging economies such as China will grow at a significant pace.

New growth will come about as a result of expansion into industrial and apparel markets, at
least in North America, Europe and Japan (See Figure 1). This should not be seen as a threat by the more traditional sectors, but
rather as an opportunity to enhance their production with the introduction of multifunctional,
higher-performance engineered products that can build on the strengths of both sectors. 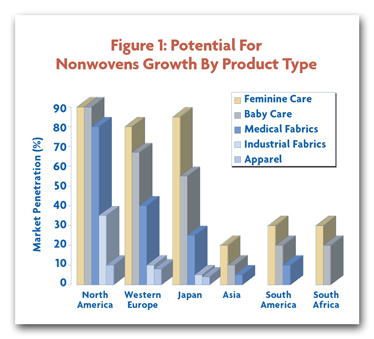 
While the nonwovens and textile industries share some common heritage, nonwovens has grown
to present a broad array of engineered fiber and polymer-based products that are driven by high
speed; low manufacturing cost; and innovative, value-added processes. This growth has led to the
adaptation of technologies from the pulp and paper industry, extrusion industry and the like to
bring about desired products at reasonable costs. Consequently, a separation from traditional
textiles, which have been focused primarily on apparel, has occurred.

Today’s segments of the nonwovens industry include raw material suppliers; roll goods
producers; converters and fabricators; machinery manufacturers supporting the previous three
categories; auxiliary material suppliers; and winding, slitting and packaging equipment makers;
among others. Even this segmentation does not offer as clear a picture as one might imagine – there
are varying degrees of vertical and horizontal integration in the industry. Globally, local markets
and economic nuances further complicate the situation.


Hydroentangling now is a fairly mature technology. Systems have been in commercial use for
more than 30 years. Hydroentangling was developed initially for making wipes and replacing woven
gauze. Today, the majority of wipes are made using this process, and over the past 10 years,
nonwoven gauze fabrics have reached sales and production levels that challenge those of woven
gauze. 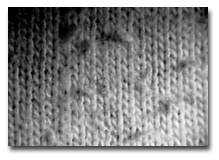 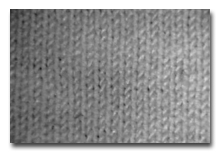 
Another major application for hydroentangling is in fabric finishing. The concept of
engineered fabrics, long associated with the nonwovens industry, is finding its way to the more
traditional sectors of the textile industry. The result will be better performing, more advanced
and enhanced textiles that move away from the traditional textile box in terms of processing.

US Patent 5,136,761, issued on Aug. 11, 1992, demonstrates clearly that hydroentanglement,
when used as a finishing step, improves surface properties and the dimensional stability of
fabrics.

In fact, it has been observed that for 100-percent cotton jersey knits, hydroentanglement
processes reduce the mass loss brought about by abrasion by as much as 50 percent or more, and the
fabric will not develop a hole for some 60,000 wash cycles or more.

Fleissner offers a water-jet treatment system known as AquaTex. The line is capable of
producing high pressures for fabric enhancement. Rieter Perfojet offers the JETlace 3000, and
textile finishing is listed as one of the intended applications for the unit. Significant growth in
the use of hydroentangling as a post-processing step is predicted, with new applications being
discovered continually. For example, Fleissner recently announced the application of the AquaJet
system in bonding carpet backing. In tufted carpets, a pile layer is attached, usually by insertion
of yarn loops, to a carrier material known as the primary backing. Subsequently, the tufts are
bonded with the primary backing using an adhesive coating. Sometimes, a secondary backing is then
added to improve comfort. The AquaJet has been used successfully to bond the backing to the carpet
without using latex.

How Durable Is Durable?


Nonwovens are generally assumed to be non-durable and disposable. This is true, but only to
the extent that the applications for which they were intended require disposable products.
Nonwovens can be made as durable as desired, if properly engineered. The Miratec® line of products
from Polymer Group Inc., North Charleston, S.C.; and the Evolon® products from The Freudenberg
Nonwovens Group, Germany, are strong testimonies to the fact that nonwovens can be engineered to be
durable.

In general, hydroentangled nonwovens made from staple fiber are not as durable as those made
from filament and are better suited for single-use products. Thus, most wipes today use carding and
hydroentangling processes to produce the desired products. These products may have absorbent
fibers, pulp or other materials added to the web by means of an airlay system.

The choice of staple versus filament has mainly to do with the costs involved. The capital
costs for a spunbond/hydro system are significantly higher than those involving carding and
hydroentangling.


Durable nonwovens can be dyed, printed and finished in much the same way as other textiles
using the same type of equipment used to process traditional textiles. In most cases, however, the
nonwovens structure may be composed of two or three different materials, adding to the product’s
complexity.

Nonwovens are finished, laminated and coated to add value, creating products for many
diverse applications ranging from specialty bedding and window treatments to furniture
construction. Examples of end-uses include: medical fabrics; wipes; mattress pads; bedding products
for incontinence protection; and window shades that feature antistatic, antiskid, waterproof,
antimicrobial, or flame-retardant and/or breathability properties. The Precision Fabrics Group,
Greensboro, N.C., is one example of an innovator in the field of finishing nonwovens. Significant
value can be derived by finishing.


There is considerable know-how in the traditional textile sectors that can assist nonwovens
producers in adapting their products for such demanding areas as apparel and industrial textiles.
In particular, the use of advanced finishing techniques can enhance the properties of nonwovens to
acceptable levels. Also, nonwovens technologies such as hydroentanglement can offer traditional
textile manufacturers opportunities to add value to their end-products. Thus, there are significant
opportunities to harness the strengths of both the nonwovens industry and the textile industry to
create new hybrid, high-performance products that will define the future.


Located on the campus of North Carolina State University (NCSU), Raleigh, N.C., the
Nonwovens Cooperative Research Center (NCRC) was established as a State/Industry-University
Cooperative Research Center in 1991 as a result of a grant from the National Science Foundation
(NSF). The NSF grant was matched by the State of North Carolina and grants from the nonwovens
industry in the form of membership dues. NCRC’s 46 member companies come from all aspects of the
supply chain. It is this partnership that is the foundation of NCRC’s success. In addition to these
sources, the center has received and continues to receive grants, contracts and gifts from the
industry.

Today, NCRC has an annual budget of approximately $1 million funded by state and industry
sources. Core research programs are developed jointly by the center faculty and staff, and member
companies. Programs focus on areas such as:

•    basic studies that lead to a better understanding of technologies; 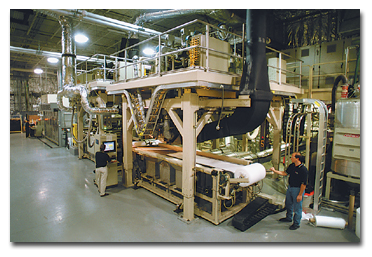 NCRC carries out non-core research programs for  individual companies. Non-core
projects of special interest also can be developed for a group of NCRC members or affiliate
companies. The results of non-core research are made public only with the sponsoring companies’
consent.

The center carries out an active program of technology transfer supported by funds from the
State of North Carolina and industry members. This program seeks to disseminate technology
developed by the center along with existing knowledge of the management of materials and processes.
Such programs are provided in the following forms:

•    focused seminars, symposia and conferences; and

NCRC’s partnership with the Association of the Nonwoven Fabrics Industry (INDA), Cary, N.C.,
is strong. NCRC and INDA together offer five week-long short courses that are unmatched anywhere in
the world.

To carry out its research mission, NCRC seeks out talent at NCSU, as well as at other
universities such as the Atlanta-based Georgia Institute of Technology; Clemson University,
Clemson, S.C.; University of Georgia, Athens, Ga.; Philadelphia University, Philadelphia;
University of Tennessee, Knoxville, Tenn.; University of California Davis, Davis, Calif.; and
others. The faculty, staff, and students of these universities undertake such cooperative research
programs with the approval of NCRC’s Industrial Advisory Board.

NCRC’s Partners Center of Excellence is a unique, world-class research and product
development laboratory. The lab equipment can be operated at full commercial speeds – 300 meters
per minute – while requiring only material for a 0.5 meter-wide line. This allows clients to use
relatively low volumes of raw materials to produce working prototypes.

Editor’s Note: Behnam Pourdeyhimi is a professor in the department of textiles and apparel,
technology and management at North Carolina State University’s (NCSU’s) College of Textiles,
Raleigh, N.C., and co-director of the Nonwovens Cooperative Research Center. He holds a Ph.D. in
textiles from the University of Leeds, England. Pourdeyhimi also recently was appointed one of two
William A. Klopman Distinguished Professors at NCSU.