Indianapolis-based graduation cap and
gown producer Herff Jones Co. of Indiana Inc. recently implemented its third unit production system
(UPS) from Sweden-based Eton Systems AB, a leading provider of such systems for the sewn products
industries. The system is designed to automate throughput of material during production and
minimize material handling at each step of the manufacturing process. 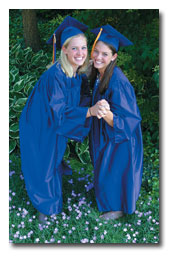 Herff Jones installed the UPS at its
Arcola, Ill., plant, which manufactures more than 1.5 million graduation gowns each year. With this
addition, the company has completely converted from a progressive bundle system to unit production
for almost all of its ClassKeeper™ retainable cap and gown production.