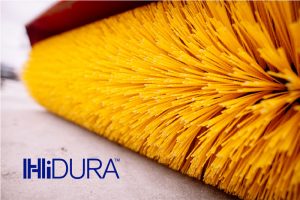 Gunes cited applications in solar photovoltaic supports, battery seals and brush bristles to illustrate the versatility and durability of HiDura. “Each of these parts faces extreme conditions, whether the 25 years a solar PV installation will be exposed to the elements or the constant contact with corrosive chemicals inside a battery cell. The various grades we developed are designed to improve the reliability of our customers’ products.”

Ascend, which is the largest fully integrated producer of nylon 6,6 resin, used its extensive polymerization knowledge to expand capacity at its Greenwood facility.

“We have been polymerizing PA66 in Greenwood for decades,” said Michael Walters, senior site director for Ascend in Greenwood. “Our people understand how to consistently produce high-performance, high-quality materials safely and were excited to see the success of HiDura build off their work.”