World consumption is forecast to rise modestly by around 1.4 percent, to almost 24,000,000 metric tons, with the result that 2015-16 looks set to be the first season since 2009-10 to show a reduction in world stocks, though the decline is marginal.

Full details of Cotlook’s figures for this season and next are published in this week’s edition of the weekly Cotton Outlook magazine. 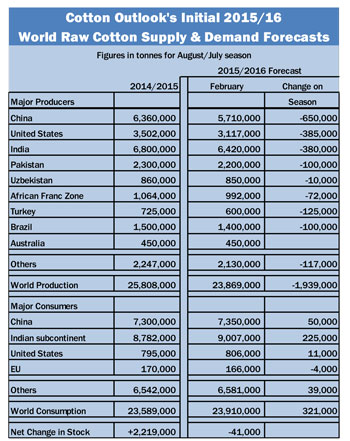