In China, Sorona beat out more than 1,000 other products to win the Most Visionary Innovation
in the sports and health category, presented by the China State Intellectual Property Office and
China Central Television. 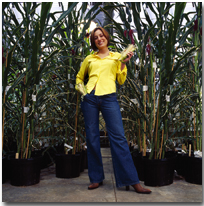 The Society of Plastics Engineers, Brookfield, Conn., presented Sorona with its 2005
New Technologies in Renewable Materials and Processes award at the Global Plastics and
Environmental Conference, held last month in Atlanta.