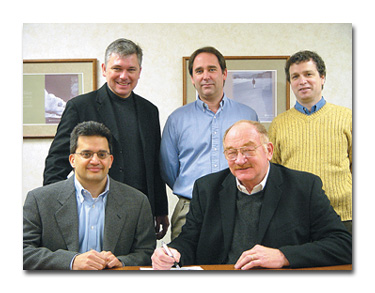 F.I.T., a Cha Technologies company, becomes the first manufacturer in North America to sign
such an agreement with Cargill Dow. “We value our role as a leader in delivering specialty fibers
that hold great value for current and future applications,” said Frank Harris, CEO and president,
Cha Technologies. “We believe that Ingeo fibers hold great promise with their unique combination of
synthetic properties and natural origin.
”