After two years in China, this year’s ITMF Annual Conference, organized by the Switzerland-based International Textile Manufacturers Federation (ITMF), will move to San Francisco. The theme for the conference, to be held September 10-12, 2015, is “Intelligent and Responsible Production from Raw Material to Final Consumer — The Mission of the Global Textile Industry.”

Wang Tiankai, president, China National Textile and Apparel Council (CNTAC), was elected ITMF president at last year’s conference in Beijing. The upcoming San Francisco conference will be Wang’s first conference as the ITMF president. Textile World spoke with Wang about the conference, the ITMF and the global textile industry outlook. 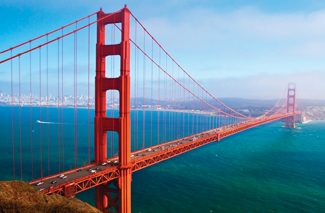 TW: The 2015 ITMF Annual Conference will take place in San Francisco in September. What do you expect from the conference?
Wang: I hope that the 2015 ITMF Annual Conference will serve firstly as a forum for discussion of matters within the common interest and concern of textile companies, and secondly to be a neutral meeting ground for world textile associations to exchange information on matters affecting their textile industries and discuss how to make a change.

TW: Why should the delegates come to San Francisco?
Wang: The ITMF Annual Conference takes place in the United States during a period when significant investments in new textile machinery can be observed for the first time in a decade. According to ITMF’s statistics, investments in new cotton-spinning facilities have seen significant increases in recent years. In addition, the United States also is one of the leading markets for technical textiles, both as a producer and consumer of technical textiles. Since the conference takes place in the United States, a special focus will be on textile production in the Americas. The conference offers the unique possibility to listen to experts on matters important to the industry, to exchange expertise and best practices and to network with colleagues from around the world in a pleasant and stimulating atmosphere. 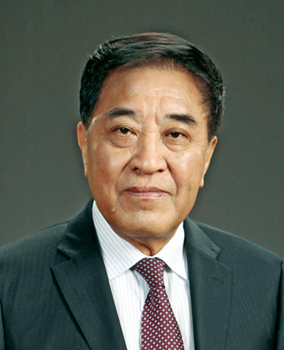 TW: What are the main issues the conference will address?
Wang: The focus will be on intelligent and responsible production along the entire textile value chain from fibers to retail. In other words, participants will discuss how value addition of textiles can be increased, while at the same time producing in a socially, environmentally and economically responsible way.

Reasons To Become ITMF President
TW: What were the reasons to become ITMF president?
Wang: Firstly, ITMF is one of the oldest international organizations for the world’s textile industry. Members of ITMF, including textile manufacturers, associations and organizations allied to the industry, are from the major countries and regions of the world, representing the whole industrial chain and more than 80 percent of the world’s total fiber consumption. ITMF plays an important role in textile resources integration, international cooperation and division of labor, and win-win development. In the era of globalization and interdependence, textile players of the world have good reason to give attention to this 110-year-old international organization and the change it brings to the global textile economy.

Secondly, China is one of the largest and leading textile players in the world. The country’s textile industry is entering a crucial period of transition, and facing challenges from both home and abroad. The instability and uncertainty of the world economy, as well as China’s macro-economic policy favoring a slowdown in growth, makes it urgent to solve the chronic structural problems of China’s textile industry. Restructuring and upgrading is the fundamental task of the industry to get acclimatized to the economic new normal. In the process, it is necessary to strengthen dialogue and cooperation, and share opportunity and responsibility with other countries.

Thirdly, CNTAC, as a national organization, is dedicated to advancing industrial restructuring and upgrading, representing and protecting the interest of China’s textile industry and textile manufacturers, assisting the government in industry regulation, and promoting the sustained development of the industry. As CNTAC president, I am honored and obligated to shoulder the responsibility as ITMF president. With my grasp of the macro trends of the industry, my inclusive leadership, my achievements in the textile arena and my experience of heading large enterprises, I will donate the workable strategies and my intelligence to help ITMF to achieve further and better development so as to live up to global textile industry’s expectations and trusts.

Personal Life
Wang is 69 years old, married and has one son. Outside of work life, his hobbies are reading and sports.

TW: What is your professional background?
Wang: I received a graduate degree from the China Textile University, now known as the Donghua University, in 1969. I worked in Shaanxi for 22 years, contributing to the substantial progress in Shaanxi’s industrial and enterprises management and technology. I have been devoted to China’s textile industry since 1992 in roles including director of Science and Technology, Department of Ministry of Textile Industry; director of Planning Department of China Textile General Association; and deputy director-general of China Textile Industry Bureau, promoting the economic strategic adjustment of the industry. Since 2000, I have focused on the supervision and strategic reform of state-owned enterprises. I was the chairman of State-Owned Key Enterprises Supervision Committee (vice minister); and managing director and chairman of China Hi-Tech Group Corp. I was vice president of CNTAC from 2008 until November 2011. I also was member of the 11th CPPCC National Committee.

As the president of CNTAC since November 2011, I have been committed to comprehensively deepening reform and transforming development to guide China’s textile industry into a more competitive and sustainable industry.

TW: What are your targets as ITMF president?
Wang: There are targets in the philosophy, orientation, mechanism and operation.

In philosophy, I wish to promote the connectivity, win-win cooperation and harmonious development of the world’s textile industries.

With regards to orientation, I hope to further consolidate the active role of ITMF in textile resources integration, international cooperation and division of labor, win-win development, the evolution of the industrial chain, and building a global textile community of shared destiny.

For mechanism, I aim to make a virtue out of the tripartite administrative structure of ITMF — directors meeting, management meeting and board meeting — and establish an effective supervision system to ensure the efficiency, openness and transparency of ITMF’s decisions.

In in the area of operations, I hope to reduce running costs and enhance efficiency so as to better serve ITMF members.

To realize these targets, we first must perform thorough in-depth research work and study world textile industry trends and movements. The ITMF Secretariat will make use of the data and statistics resources to publish each year an exclusive development report that enables ITMF members to have an overall understanding of the global textile industrial chain.

Secondly, ITMF must expand its membership. While increasing corporate members, ITMF needs more associate members that can also introduce good, reliable companies as corporate members. ITMF pays attention to the common interest and concern of textile companies, but also provides the platform through which textile associations cooperate at the international level.

The final way ITMF will reach its goals is through greater communication and cooperation opportunities for members. The ITMF Annual Conference will help members understand each other and enhance mutual trust. Combination of ITMF meetings and activities with international textile-related exhibitions and fairs, will be encouraged so that members of different countries and regions can communicate with each other and explore business cooperation. ITMF also will help and support the efforts of advancing industrial technical progress and standardization, which will benefit its members as well as the development of the global textile industry.

TW: Were your expectations met so far, and do you see improvements?
Wang: So far, I am glad to see the influence and cohesiveness of ITMF is getting stronger. We have three countries expressing their wish to host the 2016 Annual Conference. Since October 2014, 25 new members — including companies and associations — have joined ITMF, of which 18 companies and one cotton association are from China. Also, the ITMF Secretariat has issued six newsletters and received feedback and pertinent comments from ITMF members.

Also, some work is still in progress such as the Global Textile Industry Development Report, expected to be edited and published within the year.

Attendees at the last ITMF conference held in Beijing

Current Market Situation
TW: How do you see the current market situation for the global textile industry in general?
Wang: In recent years, global fiber consumption has continued to grow, but the world market affected by the financial crisis remains in slow recovery. Some characteristics of the market situation are worthy of attention. Firstly, consumer demand growth is sluggish. According to the World Trade Organization, the average annual growth of global textile and apparel exports increased 4.5 percent from 2009 to 2013, which was 2.7-percentage points lower  compared to exports from 2001 to 2008. As a result, countries with similar structure of textile industrial chain are facing intense market competition. On the other hand, the highly competitive market system impels the innovation-driven production and development of the world’s textile industries.

Secondly, the world market structure is diversified. Emerging economies, including China, display market dynamics and great potential; while the economic recovery of developed countries, including the United States, has accelerated over the past two years. This allows countries to explore a worldwide textile and apparel trade.

Thirdly, national policies have an impact on the world market situation. Monetary policies of some countries — like actively devaluing domestic currency — are effective to boost exports, but also adverse to import demand and international competition. Increasing regional economic integration facilitates free trade within the region, but its impact on the openness of the world market remains an issue to observe.

Given the complicated market situation, the world’s textile industry needs to make proper adjustments, keep track of market trends and movements, and expand markets in a reasonable way. Moreover, dialogue and cooperation with other countries are important to complement each other’s advantages and achieve win-win outcomes. It also helps to keep a stable market and trade environment, which favors the sound development of the global textile industry.

TW: And how do you see the current situation for the textile industry in China?
Wang: With China’s economy entering the new normal, the country is experiencing a slow-down in economic growth and in-depth economic restructuring. Increasing domestic consumption makes a larger contribution to the national economy, and growth in the retail sales of consumer goods remains above 12 percent.

Thanks to the increasing domestic market demand, China’s textile and apparel industry maintains stable growth. Retail sales of clothing products keep an increase above 1.5 percent, and growth of online retail sales exceeds 30 percent. Meanwhile, domestic demand for textile and apparel products shows some new characteristics. Firstly, the era of mass consumption seems to have come to an end, and we are entering an era of elite consumption characterized by the pursuit of more personalized, diversified and fashionable products. Secondly, the consumption model is changing. Online sales make shopping easier and will offer online tailoring and interactive shopping experiences in the future. Thirdly, technical textile products are in good demand and widely used in infrastructure construction, medical care and environment protection. Also, the increasing demand for fibers and high-end equipment, makes it necessary to strengthen cooperation with other counties.

For more information about the ITMF Annual Conference 2015, including the conference program, visit itmf.org.