In his 2015 State of the Union address, President Obama made clear his intention to work with Republicans in Congress on trade legislation. Republicans trounced the Democrats in the 2014 midterms.  They won the greatest number House seats since World War II, and the largest Senate majority since 2004. What these Republican majorities accomplish with a Democrat in the White House remains to be seen. But both parties and the Obama administration are poised to consider matters of interest in the textile and apparel business, including the Trans-Pacific Partnership (TPP), Trade Promotion Authority (TPA), the Generalized System of Preferences (GSP), the African Growth and Opportunity Act (AGOA) and the Nicaragua Tariff Preference Level (TPL). 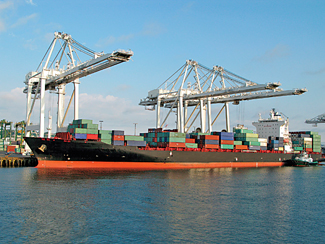 Ongoing TPP Negotiations
The TPP is a free trade agreement (FTA) — generally modeled after a series of such agreements dating back to the North American Free Trade Agreement (NAFTA) — still being negotiated by the parties expected to sign it. Besides the United States, parties involved in the TPP are Australia, Brunei, Canada, Chile, Japan, Malaysia, Mexico, New Zealand, Peru, Singapore and Vietnam. The Obama administration calls it a comprehensive, ambitious agreement, representing a shift in U.S. trade focus towards Asia. The TPP countries are said to represent 40 percent of U.S. international trade.

Whatever its final terms, the TPP will be anticlimactic in some respects; the United States doesn’t have significant trade with some of the parties, like Brunei, and already has free trade agreements with others, like Mexico. The TPP will nevertheless have great significance in selected areas. American farmers, for example, will gain unprecedented access to Japanese market for their exports. The U.S. textile and apparel industry and its counterparts in Central America will be most affected by imports into the United States of apparel produced in Vietnam, which is already the second largest source, after China, of U.S. apparel imports. Indeed, U.S. apparel imports from Vietnam have increased 40 percent since TPP talks began, likely spurred by the prospect of the TPP’s passage.

Unlike many FTAs, the TPP probably will not provide duty-free treatment for all originating apparel immediately after it goes into effect. Instead, the United States has proposed three “baskets” of apparel classifications with different provisions for preferential treatment. The first basket would include classifications for non-sensitive apparel, which would be duty-free right away after the TPP effective date. The second basket would be for relatively more sensitive apparel. Duties would be reduced linearly in stages of 20 percent each year until they became free in the fifth year. The third basket, sometimes called the “X” basket, would be treated specially. Duty rates would immediately be cut by some percentage, perhaps 35 or 50 percent. But then they would remain unchanged for some length of time, perhaps 10 or 15 years, after which they would be changed to free. The sensitive X basket would likely include shirts, sweaters and trousers of cotton and man-made fibers.

The TPP will include a so-called “short supply” feature, but it will not be as flexible as short supply under the Central America Free Trade Agreement (CAFTA). It will be more like short supply under NAFTA, without NAFTA’s cumbersome, little-used feature that theoretically allows new short supply designations. In anticipation of the TPP, the office of the United States Trade Representative (USTR) and the Department of Commerce’s Office of Textiles and Apparel (OTEXA) invited interested persons to suggest, or oppose, short supply fabrics and yarns on a website. After considering this input, the United States is proposing that certain classifications of non-sensitive apparel will be either temporarily — probably for three years — or permanently duty-free if made in TPP countries with nonoriginating short supply fabrics or yarns. The list of short supply fabrics and yarns and the apparel for which they can be used will be incorporated in the text of the TPP. Interested persons will not be allowed to request that fabrics and yarns be added to or removed from the list after the TPP is signed and in effect.

Negotiations over the TPP are continuing and many of its provisions are far from final. Vietnam opposes short supply and, in league with many U.S. retailers, but over the opposition of U.S. and Central American textile and apparel producers, prefers a more liberal origin rule that would allow it to make qualifying apparel with nonoriginating fabrics from China or elsewhere. Mexico seeks a shortened short supply list to protect its access to the U.S. market. These and many other issues affecting many different interests must be resolved before a final version of the TPP is signed and can be considered for approval in the 114th Congress. The USTR hopes to conclude TPP negotiations sometime in mid-2015. 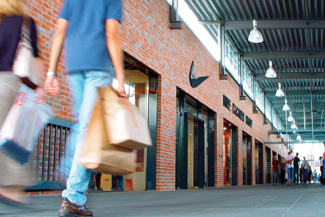 TPP negotiations continue, but the U.S. textile and apparel industry and its counterparts in Central America already have been impacted by a 40-percent increase in U.S. apparel imports from Vietnam since TPP talks began.

TPA Not A Foregone Conclusion
TPA legislation would give the U.S. president “fast track” authority to negotiate the TPP — and theoretically other free trade agreements — under terms that would require Congress either to approve or to disapprove FTAs, under expedited procedures, without adding amendments and without the opportunity to filibuster the approval legislation. Without TPA legislation, other countries might be reluctant to sign a FTA with the United States. The last TPA legislation expired in 2007. Conventional wisdom says that the administration cannot sign the TPP, and President Obama cannot present it to Congress for approval, without TPA legislation in place.

Interestingly, President Obama has negotiated the TPP as though TPA legislation existed, gambling that the momentum of the TPP negotiations would make TPA legislation a foregone conclusion. But the divided 213th Congress, which passed fewer bills than any Congress since records were first kept in 1947, proved that no legislation was certain. Bipartisan TPA legislation was proposed in early 2014; but even members of the president’s party complained that it did not allow sufficient Congressional oversight of the TPP’s terms and support for the legislation fell apart when a key cosponsor, Senator Max Baucus, D-Mont., left the Senate to become ambassador to China. More ominously, from the point of view of TPP supporters, many senators and House members wanted TPA legislation to address currency manipulation, requiring the United States to invoke trade remedies against countries found to be manipulating their currency exchange unfairly to affect trade. Such a feature, with its threat of U.S. sanctions, could give other TPP parties second thoughts about signing the TPP itself.

GSP Renewal Overdue
The GSP expired last July without renewal by Congress. With some exceptions, the GSP ordinarily affords duty-free treatment for imports from more than 100 designated beneficiary developing countries. Historically, the GSP has been renewed every three years by unanimous vote without delay or controversy; but recent renewals have been delayed and the current renewal is now long overdue. Most textiles and apparel are excluded from GSP preferential treatment; but lawmakers’ failure to renew the GSP in the 113th Congress is an indicator that no trade legislation, including TPA and TPP approval, is certain to make it through the 114th.

The Nicaragua TPL under CAFTA also expired at the end of 2014 without renewal. Unlike the GSP, however, there was no intention, at least at the time CAFTA was adopted, to extend it. The Nicaragua TPL allowed duty-free treatment in the United States of limited quantities of cotton, man-made fiber and certain wool apparel made in Nicaragua from foreign, non-CAFTA fabric and yarn. The TPL was limited to 100 million square meter equivalents (SMEs) per year, with a special sublimit of 1.5 million SMEs for certain men’s wool sport coats. For woven trousers under the TPL, Nicaragua had to export an equal quantity of originating trousers to the United States, up to a cap of 50 million SMEs.

In the last Congress, Senators Dianne Feinstein, D-Calif., and Kay Hagan, D-N.C., introduced separate bills to extend the Nicaragua TPL. One bill would have extended it for ten years without change. The other would also have extended it for ten years, but only for trousers and subject to an “earned import allowance” program similar to a program in effect for trousers from the Dominican Republic. Neither bill was passed, and prospects for introduction or passage in the current Congress are uncertain, especially because the administration has expressed no interest in renewal on any terms. 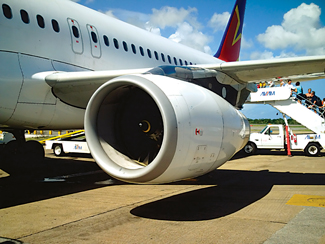 AGOA Renewal Uncertain
AGOA will expire in September 2015. Its most important feature allows lesser developed AGOA countries to produce a limited annual quantity of apparel with third-country fabric for duty-free importation into the United States. The administration and many members of Congress support renewal; but, like prospects for renewal of the lapsed GSP, prospects for AGOA renewal are not certain.

Will Things Move Forward In The 114th Congress?
Political commentators say that trade is an issue, like tax reform, about which Republicans and Democrats should be able to find bipartisan common ground, suggesting that all of the trade agenda items — TPA, TPP, GSP, Nicaragua TPL and AGOA — could be addressed with legislation in the current Congress. But predictions of such an outcome could be overly optimistic. President Obama’s aggressive immigration initiative, his evident opposition to the Keystone pipeline, his proposal to tie tax reform to increased taxes on wealthy individuals and his plan to offer free community college to all applicants have arguably made him even more unpopular with Republican leaders than before. Indeed, his alleged overreaching in immigration and environmental matters without Congressional backing is perceived by some more conservative Republicans as reason not to give him fast track authority under TPA legislation. Some Republicans may be reluctant to align themselves with any legislation supported by President Obama, especially since many more Republican than Democratic seats in the Senate will be up for election in 2016. Some members of the president’s party, concerned about maintaining U.S. jobs, are less than enthusiastic about the trade agenda. And of course the year 2016, corresponding with the second session of the 114th Congress, is a presidential election year, when attention may turn away from trade and focus on the candidates. It is entirely possible, in this political environment, that none of the agenda items will get attention until sometime after the inauguration of the country’s next president in 2017.