From humble beginnings since the reunification of its northern and southern regions, Vietnam has
become a strong player in the global textile market. The textile and apparel industry plays a major
role in increasing the country’s prosperity. The Vietnamese textile industry, with more than 3,800
companies, is the leading export sector.

State-owned enterprises make up just 0.5 percent of Vietnam’s businesses; however, 75
percent are joint stock or limited companies. The country ranks fifth worldwide in textile and
apparel exports and has a labor force in that sector of more than 2 million people, of whom 1.3
million are working directly in the industry. 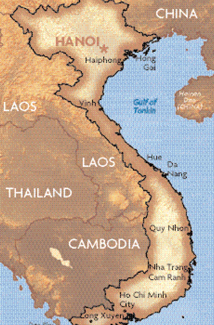 
The Vietnam National Textile and Garment Group (VINATEX) is one of Asia’s leading textile
and apparel groups, and has a relationship with more than 400 organizations from 65 countries. It
was established in 1995 as a result of merging textile and apparel state-owned enterprises. Of its
120 members, 95 percent already have been equitized. VINATEX member companies account for 9 percent
of the Vietnamese textile and apparel industry’s total labor force and 18 percent of total exports.


Vietnam’s gross domestic product (GDP) grew by 5.9 percent in 2011, down from 6.8 percent in
2010. However, 2011 GDP growth was relatively high considering the country’s efforts to control
inflation.

Vietnam’s textile and apparel exports in 2011 totaled US$15.8 billion, up 24.4 percent
compared to 2010. Its main export markets were the United States, which accounted for $6.9 billion
of those exports; the European Union, $2.5 billion; and Japan, $1.7 billion. Of the total textile
and apparel exports, yarn exports accounted for $1.79 billion — up 27.8 percent from the previous
year. China accounted for 30.5 percent of yarn exports; Korea, 16.1 percent; and Turkey, 15.4
percent. Vietnam’s fabric exports totaled $831.7 million.

Vietnamese textile and apparel exports continued to record growth in the first six months of
2012, growing by $7.7 billion — an 8.2-percent increase over the same period in 2011.


There are 70 spinning companies in Vietnam, 31 of which are located in northern Vietnam, six
in the middle region and 33 in the south.


The cornerstone of the Vietnamese textile industry is basically the retail business. The
country has 71 textile/apparel supermarkets, with locations in 25 cities and provinces. Plans call
for increasing that number to 200 supermarket and trade centers nationwide by 2015, and to
establish textile and apparel material and accessories centers in northern and southern Vietnam.
Plans are also in place to promote and enhance fashion brands to increase competitive strengths,
and to create an online textile/apparel trade website.


Vietnam consumes some 400,000 mt of cotton annually — with 35 percent of that total imported
from the United States, 32 percent from India and 19 percent from South Africa.

In 2010, 3,656,756 ring spindles and 104,348 rotors were installed in Vietnam. Total yarn
production capacity was 514,000 mt per year, primarily for 100-percent cotton yarn. Domestic
consumption accounted for 34.7 percent of the yarn produced. Woven fabric capacity in 2010 was 680
million square meters (m2). The available production capacities and imports of these and other
textile products are shown in Table 2.


Investment projects, along with government incentives for foreign investment, are deemed to
be central to the improvement of the Vietnamese textile and apparel industry as Vietnam seeks to
strengthen its competitive position in global apparel markets. Other contributing factors include
low labor costs and a stable political environment.


VINATEX is focusing on R&D and training to foster competitiveness. There are plans for
the long-term development of vocational schools and colleges. In this context, 20,000 workers
should receive training to reach intermediate, college, or higher skill levels. There also is a
plan to add some 60,000 educated and skilled workers every year. And, finally, the textile industry
wants to cooperate with international partners to provide high-quality training.


The Vietnamese textile and apparel industry has an ambitious target plan, with investment
capital estimated to total approximately $25 billion in 2020 (See Table 3). A complete
infrastructure is planned for the industrial areas, including traffic systems, power and water
supply, drainage and wastewater treatment centers.

The current textile and garment industrial total area of 510 hectares (ha) is based in two
regions: in the north, in Pho Noi B comprising 121 ha and Bao Minh comprising 165 ha; and in the
south, in Binh An comprising 76 ha and VINATEX Tan Tao comprising 148 ha. There is an ambitious
plan to further extend the industrial area for textiles and garment production by 1,080 ha.


The future of the Vietnamese textile industry looks bright because of continuous efforts
made by textile companies to upgrade their equipment to enhance their competitiveness. Over the
last three years, there has been a fundamental change in the industry’s structure, especially in
the spinning subsector.

In collaboration with VINATEX, the Vietnamese textile industry evaluated its own strengths
and weaknesses in a SWOT analysis. A SWOT analysis is a strategic planning method to evaluate the
strengths, weaknesses/limitations, opportunities and threats involved in a business or project.
Here is the outcome of the analysis:

However, VINATEX has defined some important competitive advantages over its neighboring
states, such as: