The ITMF 2012 Annual Conference will take place November 4-6 in Hanoi, Vietnam. It is co-organized
by the Switzerland-based International Textile Manufacturers Federation (ITMF) and VINATEX, the
Vietnam National Textile and Garment Group. The theme of the conference is “Challenges for the
Textile Industry — Present and Future.”

“Volatile raw material markets, sovereign debt crises, currency disputes, political
instability in some regions, a blocked Doha-Trade-Round, looming protectionism … these are just a
few of the short- and long-term risks that the world economy is confronted with and which have far
reaching implications for the global textile value chain.” With those words, ITMF is introducing
the conference.

As ITMF states on its website, the conference delegates “will benefit from a wide range of
presentations, meetings and workshops in order to

Textile World
spoke to ITMF Director General Christian Schindler, Ph.D., about the reasons why Vietnam was
chosen to be the host of this year’s conference. 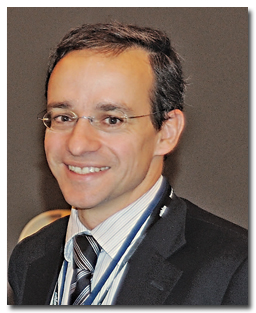 ITMF Director General Christian Schindler, Ph.D., says: “Welcome to Hanoi. We are looking
forward to many attendees at the annual ITMF conference.”

TW: Why is this year’s annual ITMF conference taking place in Vietnam?

Schindler: Vietnam has been opening up in the past two decades and has gradually
integrated its economy into the global economy. Its proximity to many rapidly developing and
emerging economies in Asia and the regional integration of its economy helped to spur investments
and economic growth. Along with Vietnam’s economy as a whole, also its textile and apparel industry
grew rapidly. Between 2000 and 2010, Vietnam’s textile and apparel exports surged from US$2.1
billion to US$13.5 billion — an average annual increase of 54.3 percent. While apparel exports
still represent approximately 80 percent of the industry’s exports, textile exports have increased
significantly. According to ITMF’s International Textile Machinery Shipments Statistics,
investments in Vietnam’s primary textile industry picked up strongly. The segment of spinning
machinery especially saw a strong increase. Since the year 2000, the Vietnamese textile industry
has on average invested in approximately 210,000 new short-staple spindles every year. In 2011
alone, the industry installed 330,000 new short-staple spindles.

TW
: What are the benefits for the Vietnamese textile industry in organizing this
conference?

Schindler: Bringing the ITMF Annual Conference to Vietnam is an opportunity to
showcase the Vietnamese textile and apparel industry, to promote investments in the industry, to
build ties and networks with textile representatives from around the world and to discuss topics of
mutual interest. In other words, hosting an ITMF Annual Conference provides the possibility to
promote the Vietnamese textile and apparel industry.

TW: What do you expect from this conference for the Vietnamese textile
industry?

Schindler: As the co-organizer of the ITMF Annual Conference, we hope that the
participants will discuss the challenges and opportunities of the industry in the various general
sessions as well as during the social activities outside the conference room. The ITMF Annual
Conference with a truly international platform enables all participants to better understand the
developments and ongoing changes in the global textile value chain — from fibers to retail — that
the industry needs to understand to overcome the challenges and to prosper in the future. Of
course, we hope that the links between the Vietnamese and the international textile industry can be
intensified and strengthened.

TW: What are your hopes for the ITMF attendees for the conference?

Schindler: I hope that the participants will listen to informative presentations,
will be able to participate in interesting discussions, will meet old and new colleagues and
friends, will learn more about the Vietnamese textile industry, and will better understand the
short- and long-term challenges and opportunities of the global textile industry.

TW: What should not be missed while visiting Vietnam and the conference?

Schindler: Attending the ITMF Annual Conference in Hanoi enables every participant
to experience first-hand this fascinating country with a vibrant and dynamic society and economy.
If time allows, one should also consider participating in the ITMF post-conference tour to central
Vietnam. The cultural and natural treasures of Vietnam are numerous and definitely worth visiting
and seeing. We are looking forward to welcoming a lot of guests to Hanoi in November.

VINATEX is owned by mother company Vietnam Textile and Garment Group; research and training
centers; and nearly 120 sub-companies, which include joint stock companies doing business in
various fields, such as textile apparel manufacturing and commercial services. The organization’s
chairman is Vu Duc Giang. 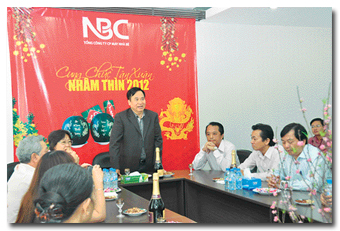 Vu Duc Giang, chairman of the VINATEX Members’ Council, and other heads of VINATEX visit
with Nhabe Garment Corp. at a New Year’s 2012 opening ceremony.

VINATEX’s strategy for developing the Vietnamese textile apparel industry until 2015, and its
orientation toward 2020, includes a focus on specialization and modernization to offer added value
in textile apparel products. The organization’s approach comprises two initiatives:

Epson And Designer Yuima Nakazato Show A Glimpse Of A More Sustainable Future For...