The American Association of Textile Chemists and Colorists (AATCC), Research Triangle Park, N.C., has launched a peer-reviewed e-journal, AATCC Journal of Research. Peer-reviewed scientific articles previously published in the AATCC Review now will be published in the journal. AATCC also will produce an electronic version of the AATCC Review along with the current print version.

Cotton Incorporated, Cary, N.C., and Maker’s Row, New York City, have partnered to educate and connect textile brands with U.S. cotton suppliers and manufacturers, and have released a video, “American Cotton Part 1,” as part of these efforts.

The American Apparel & Footwear Association (AAFA), Arlington, Va., has released its ApparelStats 2013 and ShoeStats 2013 reports, available free of charge to AAFA members, and for a nominal fee to nonmembers.

The Office of the U.S. Trade Representative, Washington, has presented to Congress the 2013 report on China’s compliance within its World Trade Organization obligations.

O’Donnell, Texas-based Textile Exchange’s Global Recycled Standard v3 has been under revision by the GRS International Working Group and is now open for comment. The first stakeholder review period is Dec. 19, 2013-Feb. 18, 2014, and the second is Feb. 25-March 26, 2014.

ITEMA Group, Italy, has updated its website, located at itemagroup.com.

The International Oeko-Tex Association, Switzerland, is offering a pre-recorded webinar “STeP by Oeko-Tex®: Sustainable Textile Production,” available for viewing in English at https://step.oeko-tex.com/en/step/step_webinars/step_webinars.html. The Association also has updated the logos and text for three of its standards: Oeko-Tex Standard 100, Oeko-Tex STeP, and Oeko-Tex Standard 100plus. In addition, Oeko-Tex is developing an online platform called MySTeP to supplement its STeP by Oeko-Tex® certification. The tool will be launched in summer 2014.

SGS Consumer Testing Services, Switzerland, announces that the Taiwanese Bureau of Standards, Metrology & Inspection (BSMI) has updated its safety standard for textile and apparel products, CNS 15290, to include the restriction of nonylphenol (NP) and nonylphenol ethoxylates (NPEO) in textile products. 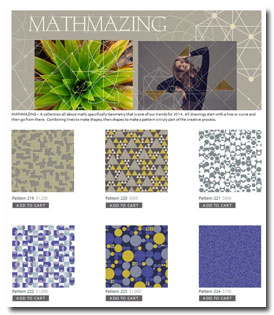 The Pattern Plus platform 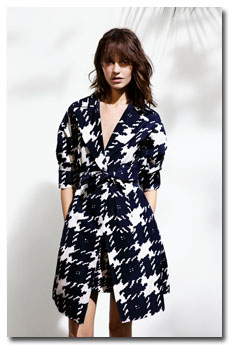 
The Human Solutions Group, Germany, now presents its simulation software Vidya on its own website, located at vidya-software.com. 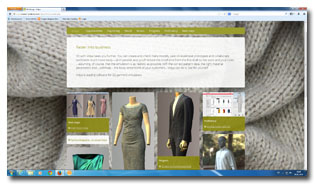 
Research and Markets, Ltd., Ireland, has published “Survey of the European Fabric Fairs for Spring/Summer 2014.”

The Association of the Nonwoven Fabrics Industry (INDA), Cary, N.C., has teamed with the Maine Wastewater Control Association for the consumer education campaign “Save Your Pipes: Don’t Flush Baby Wipes.”

People for the Ethical Treatment of Animals (PETA) has awarded The North Face Inc., San Leandro, Calif., its Innovator for Animals Award, for its Thermoball™ faux-down insulation technology. In other company news, The North Face has transferred ownership of its Responsible Down Standard to O’Donnell, Texas-based Textile Exchange.

Standard Textile, Cincinnati, has been named one of the 2014 Healthiest 100 Workplaces in America by Healthiest Employers.

Germany-based FIPA GmbH has updated its website, located at fipa.com.