Teijin Ltd., Japan, has received a Grand Award at the nano tech 2013 International
Nanotechnology Exhibition and Conference in recognition of the potential and wide-ranging
applications of Teijin’s technologies. 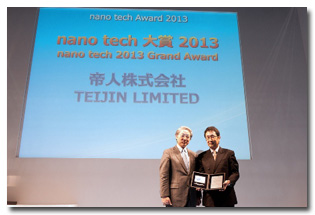 Vancouver, Canada- and Portland, Ore.-based
Crailar Techologies Inc. has for the third consecutive year been named to the 2013
TSX Venture 50, which recognizes strong-performing publicly traded companies on the TSX Venture
Exchange.

Dalton, Ga.-based
Shaw Industries Group Inc. has for the third consecutive year received a “Partner
of the Year” award from Carpet One Floor & Home. In other company news, Shaw Industries Group’s
Shaw Living division has launched the 60-piece Melrose collection of vibrant-colored rugs; has
added the Al Fresco, Suncoast, and Garden Craft collections to its indoor/outdoor rug offerings;
has added 24 designs, all featuring its ombre yarn-dyeing technique, to its Mirabella rug
collection; and has added six designs to its Arabesque collection and three to its Loft collection.
Shaw Living also has launched its World Market umbrella collection. 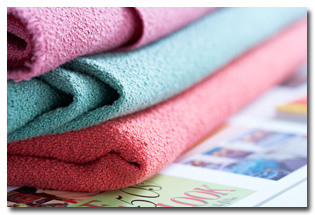 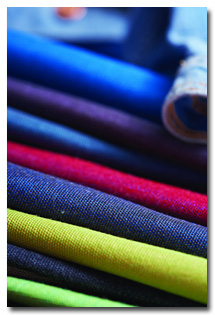 Visual 2000 International Inc., Montreal, has made available the Visual Viewer™
Version 2 product lifecycle management mobility app for the iPad®; and has launched the
VisualWebStore.net™ e-business solution.

The Carpet and Rug Institute (CRI), Dalton, Ga., has published “The Carpet
Chronicles: Highlights from the CRI Blog for Retailers and Their Customers,” an interactive e-book
designed to help retailers better serve their customers.

O’Donnell, Texas-based
Textile Exchange (TE) has issued a call for papers for the 2013 Textile
Sustainability Conference, to be held November 11-13 in Istanbul. The deadline for submissions is
February 22. TE also has been named a network partner of the FabricLink Network (FLN), Reseda,
Calif.; and its portal page is accessible via links on the technicalcenter.com and fabriclink.com.

SMARTEX-2013 Conference organizer
Kafrelsheikh University, Egypt, is accepting submissions for abstracts through
August 9 for the conference, to be held Nov. 19-21, 2013, in Egypt. Deadline for full paper
submission is September 19. More information may be found at kfs.edu.eg/engkfs.