Rochester, N.H.-based
Albany International Corp. has for the second consecutive year been named a
Business Partner of the Year by The Procter & Gamble Co. (P&G).

Japan-based
Teijin Ltd. has for the fourth consecutive year been named to the Dow Jones
Sustainability World Index (DJSI World).

Phoenix-based
Mutoh America Inc. has received Specialty Graphic Imaging Association (SGIA)
Product of the Year awards in the Grand Format Roll to Roll – Solvent & Latex Inks category for
its ValueJet 2638 printer, and in the Poster Size – Solvent/Latex Printers less than 96 inches for
its ValueJet 1638 printer. In other news, the company’s SpectroVue VM-10 spectrophotometer has been
awarded U.S. Patent No. 8,279,441.

The
Global Organic Textile Standard and its 25-percent stakeholder the United
Kingdom-based
Soil Association have launched a campaign under the slogan, “Have you cottoned on
yet?” and a website, located at cottonedon.org, to raise awareness among consumers, nongovernmental
organizations and brands of the benefits of organic cotton and to promote its use.

Jeanologia, Spain, has launched a new website, located at jeanologia.com.

Ventura, Calif.-based
Patagonia Inc. has launched the Common Threads Second Home initiative at its
Portland retail location, where it will accept used Patagonia clothing for trade-in and sale. 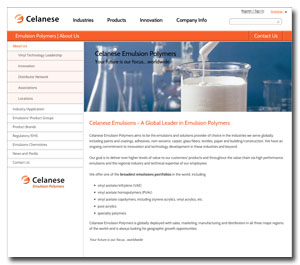 Chomarat, France, has been certified to the EN 9100: 2009 quality management
standard for the aerospace industry.

Italy-based
Thermore has launched a new website in conjunction with its celebration of 40
years in business. The website, located at thermore.com, features updated graphics and content.

Cincinnati-based
Cintas Corp. has launched a new website dedicated to its flame-resistant apparel,
located at cintas.com/flameresistantclothing. In addition, the company is accepting applications
through Feb. 28, 2013, for its second annual Cintas & Carhartt Cold Crew Contest, which
recognizes North American workers who withstand tough winter working conditions. Contestants may
apply at cintas.com/carharttcoldcrew.