The
U.S. Department of Labor has introduced a free mobile application that offers
current employment data and economic news releases from the Bureau of Labor Statistics and the
Employment and Training Administration. The application is currently available for iPhone and
Android phones as well as iPod Touch devices, and versions are under development for BlackBerry and
iPad devices. The application may be downloaded at
dol.gov/dol/apps.

The Arlington, Va.-based
American Apparel & Footwear Association (AAFA) has released the ninth edition
of the AAFA Restricted Substances List (RSL) for home textiles, apparel and footwear applications.
The list is available at no charge at
apparelandfootwear.org/Resources/RestrictedSubstances.asp.

Dalton, Ga-based
Shaw Industries Group Inc. has released its third annual corporate sustainability
report, which may be accessed at
shawgreenedge.com.

The Research Triangle Park, N.C.-based
American Association of Textile Chemists and Colorists (AATCC) has released its
Color Guidebook, which may be purchased and downloaded by visiting
http://members.aatcc.org and clicking “Store.”

Huntsman Textile Effects, Singapore, has collaborated with Source4Style and
Co-Founder Summer Rayne Oaks to create “How to Lose Water Weight,” a video about sustainability in
the textile industry. A copy may be obtained by contacting
pr@huntsman.com.

The Cary, N.C.-based
Association of the Nonwoven Fabrics Industry (INDA) has introduced “INDA on the
Issues,” a members-only section of its website that provides information on critical legislation
and regulations impacting the domestic and global operations of INDA member companies, and which
may be accessed at
http://imisw.inda.org/wcm/. INDA also has released a
Segment Analysis Report on the Nonwoven Cartridge Market for Swimming Pools and Spas, available at
inda.org.

Calhoun, Ga.-based Mohawk Industries Inc.’s commercial carpet division,
The Mohawk Group, has released its first product catalog, which contains
comprehensive information on all of the company’s products. The catalog is available in print as
well as a digital version, which may be downloaded at
mohawkgroup.com. A smartphone application will be released
in November.

Germany-based
DiloGroup has launched its new website, located at
dilo.de. 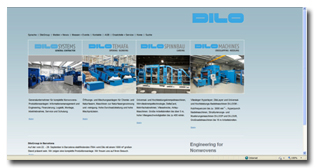 The Hohenstein Institute, Germany, has developed a new hygiene certificate for
hotel and kitchen laundry. The institute also has updated its website, located at
hohenstein.com.

The Woolmark Company, Australia, has launched the second phase of its three-year
global campaign, “Merino. No Finer Feeling™,” which promotes the natural benefits of Australian
merino wool fiber and includes seven images and a short film; and has updated its website, located
at
merino.com. Woolmark also has released “The Wool Lab,” its
latest color and trend presentation for Autumn/Winter 2012-13.

Frankfurt-based
Messe Frankfurt Exhibition GmbH has released the Heimtextil 2012/2013 Trend Book.
More information about the book may be obtained at
heimtextil-trends.com.

Tokyo-based
Teijin Fibers Ltd. has been named to the Dow Jones Sustainability World Index for
the third consecutive year. 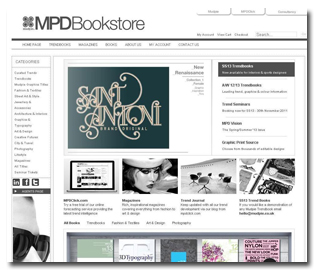 
Aria Systems Inc., New York City, has launched its new website, located at
ariasystems.biz; and has released a new version of the
“Object Linking” program.

Paris-based
Flammarion S.A. has published “The Book of Fine Linen,” by Françoise de Bonneville
with a forward by Marc Porthault. The book is distributed by Rizzoli International Publications
through Random House.