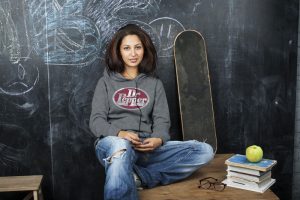 When Trau & Loevner needed to increase order processing efficiency by automating the EDI information transfer to and from a Microsoft Dynamics SL system, the company implemented TrueCommerce EDI to seamlessly process orders and support its growing business.

Started in 1897, Trau & Loevner is a true family-owned business operating out of the heart of Pittsburgh. The company specializes in creating screen-printed T-shirts, tanks, hoodies, and other apparel, producing between 12,000 and 16,000 dozen T-shirts per week on average. Trau & Loevner apparel can be found in many popular fashion retail stores, including Kohl’s, JC Penney, and Urban Outfitters, as well as specialty shops like Five Below.

According to Production Coordinator Ken Schnur, Trau & Loevner has been a longstanding Microsoft Dynamics SL customer. He explained, “Their customer service has always been wonderful. Anything I don’t know, I can reach out to them, and they’ll get back to me very quickly.”

So, when its customers began requiring electronic data interchange (EDI) in the early 2000s, finding a solution that would work with Microsoft was a top priority. “We had potential customers who would only send EDI orders,” Schnur recalled. “If we wanted their business, we had to do EDI.”

TrueCommerce’s EDI solution for Microsoft Dynamics was the perfect fit, Schnur noted. “TrueCommerce and Microsoft work very well together,” he said. “It makes sense for what we do.” 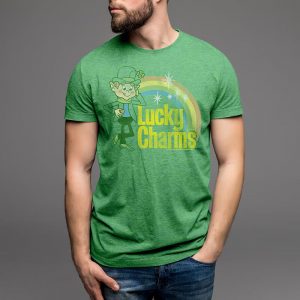 From 2006 to 2021, the apparel industry has changed significantly, and EDI has only become more important as businesses transition from manual, paper-based processes to digital supply chain management. For Trau & Loevner, the partnership with TrueCommerce has been a huge benefit.

On the sales side, EDI experience can help build trust with potential customers. Schnur clarified. “We still have customers tell our salespeople they can only do EDI orders. Now, our Sales Reps can say we’ve been doing EDI for a long time, and it’s no problem.”

Adding new trading partners is also easy, thanks to TrueCommerce’s Fully Managed Service model. Schnur recalled being nervous when he took over customer onboarding at Trau & Loevner. He remembered, “I felt really intimidated, because it was something I was totally unfamiliar with.”

Having TrueCommerce at his side made all the difference. “The TrueCommerce customer service and implementations teams made onboarding customers a breeze,” he said. “For any question I had, they’d get back to me right away, usually within the hour.”

TrueCommerce also enabled Trau & Loevner to get new customers up and running quickly. “For one partner, TrueCommerce estimated that implementation would take three to four weeks. In the end, we went live in just one week,” Schnur noted.

“My favorite feature of TrueCommerce is the customer service,” Schnur emphasized. “Anytime I have a question, I reach out and the team gets back to me right away. They work with me until we find a solution. I’ve never once felt like I got put to the side.”

Schnur remembered one instance where TrueCommerce’s support helped Trau & Loevner remedy a potentially costly issue. He remarked, “At one point, we were getting chargebacks from a customer who said there was a mistake in our ASNs. They were charging us $30 every time it happened, and we were up to $300 because it was happening consistently.”

TrueCommerce’s support teams worked closely with Schnur to determine the root of the problem. “TrueCommerce helped us figure out that there wasn’t an issue with our EDI system at all — the error was happening on the customer’s end,” Schnur said. “With TrueCommerce, we were able to show them the proof in our ASNs, and get the chargebacks reversed.” 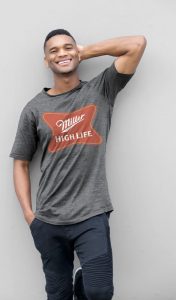 TrueCommerce’s top-tier support is matched by best-in-class EDI technology, designed to help companies like Trau & Loevner do business in every direction. For Schnur, the benefits have been numerous.

“One of my favorite features is the item cross reference table,” Schnur said. “I can go and tell the system what I need my label to say, and TrueCommerce pulls in all the information and saves it. So anytime I run a label for that customer, it’s going to have the right information, every time. I love that I only need to provide the information once, and then it’s there when I need it.”

“Once we set up a cross reference table and link it to Microsoft Dynamics, it works seamlessly. As soon as I bring in an order, TrueCommerce transfers it over to my Dynamics environment, so I don’t have to manually type anything in.”

By automating data transfers from TrueCommerce to Microsoft Dynamics, Trau & Loevner is able to prevent mistakes that could damage their customer relationships. “If we were entering sales orders in manually every time, there’s a much bigger chance the information would get screwed up,” Schnur said. “Even a great employee is going to have a bad day and make mistakes. TrueCommerce EDI automatically transfers everything over correctly for every order. It saves us a lot of time and headaches.”

Processing orders quickly, without sacrificing accuracy, is crucial to Trau & Loevner’s success, and with EDI, getting things done fast is easy. “TrueCommerce lets me move as fast as I need to,” Schnur said. “I can run an EDI order through faster than our production shop can keep up. That makes me happy.”

Schnur also reflected on the impact EDI has had on the business as a whole. He asserted: “If we didn’t have EDI, we’d probably need to hire at least another full-time person to process the orders that come in and make sure they are entered correctly. TrueCommerce EDI makes it so simple.

“TrueCommerce definitely pays for itself, because it lets us do business so easily. We wouldn’t be able to deal with big customers like Five Below if we didn’t have an EDI solution. Kohl’s couldn’t work with us without EDI; neither would Walmart. It makes a huge difference.” 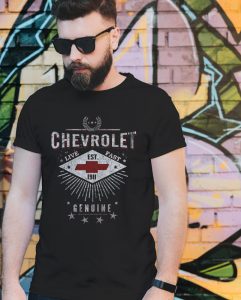 The apparel industry was hit particularly hard with the onset of the Coronavirus pandemic in early 2020. For Trau & Loevner, the fallout of retail closures meant navigating a changing landscape. “When the pandemic hit, all the retail stores we sell to had to temporarily shut down,” Schnur recalled. “At the same time, our Amazon business started going way up.”

Pennsylvania’s strict measures to stop the spread prohibited Trau & Loevner from producing new products, but the company was still able to fulfill orders from their existing inventory.

TrueCommerce was a steadfast partner, ensuring the company could manage order changes. “We had a ton of order cancellations that came in. Retailers who had planned orders months ahead for their summer rollouts had to cancel. It was easier handling those cancellations because we had EDI, and we didn’t have to type the data into Microsoft Dynamics by hand,” Schnur noted.

Luckily, over the summer, businesses began reopening in Pittsburgh, and Trau & Loevner was able to begin producing new shirts once again. It was a good thing, too, because when retail doors reopened, the orders started pouring in.

“When things picked up, everyone was opening their stores at the same time, and they needed products to put on the shelves. We got absolutely slammed with orders. EDI made it possible to process them all,” Schnur said.

A Smooth Solution for Apparel Brands

As Production Coordinator for a growing fashion brand, Schnur doesn’t have time to focus on order processing issues. That’s one reason he loves the TrueCommerce EDI solution for Microsoft.

“TrueCommerce is one of those solutions that works so well, and so smooth. Sometimes I take it for granted, because it’s so easy to reach out for help when I need it. But most days, I don’t have to think about EDI at all,” he said.

TrueCommerce also ensures that Schnur and his team can approach EDI with confidence. He remarked: “TrueCommerce is an important part of my business, but it’s not my whole job. There’s lingo I might not understand when it comes to EDI, but the TrueCommerce team knows how to speak to me at my level. They never speak down to me, but they make sure I can understand, and I’ve always appreciated that.”

For other businesses, Schnur had this advice: “To everyone in the apparel industry, TrueCommerce EDI is going to save you so much time, especially compared to manually processing all your orders. I wish all my orders were EDI.”