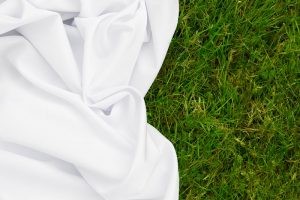 FROSINONE, Italy — October 12, 2020 — Klopman, a European producer of fabrics for workwear, has officially joined the United Nations Global Compact agreement, which commits companies to work in support of the Sustainable Development Goals (SDGs) adopted on September 25, 2015, by the General Assembly of UN. The goals are oriented towards the eradication of extreme poverty, the spread of peace and the promotion of prosperity and human development on a global level by 2030.

It offers further proof of Klopman’s orientation towards an ethical way of doing business, demonstrated in the data of the latest 2019-2020 sustainability report. The report highlights important goals achieved, such as: an annual decrease of over four thousand tons in CO2 emissions, a 25-percent increase in fabrics produced with sustainable raw materials, a 40-percent reduction in waste produced compared to 2017-2018, and the equivalent of over eight million plastic bottles reused thanks to the use of recycled polyester in production of the range of green fabrics. These fabrics are also available with “Made in Green” certification issued by OEKO-TEX®, an important independent test and certification system in the textile sector which offers customers the guarantee that the products have been made with non-harmful materials, in factories with environmentally friendly procedures and with safe and socially responsible working environments.

The company also has a system for analyzing the carbon footprint of its products, a measure that expresses as an equivalent of CO2 the total greenhouse gas emissions associated directly or indirectly with a product. As well as constantly and transparently monitoring the impact of company activities in terms of consumption of raw materials and energy, the commitment also aims to identify and implement measures to reduce emissions or measures to neutralize emissions.

Klopman’s commitment to sustainability is also manifested in its attention to the local economy, with over 300 new suppliers chosen locally and with 8 percent of our investments destined for the health, safety and wellbeing of workers. The practice is the result of a rigorous application of its code of conduct, drawn up according to the principles of the International Labor Organization (ILO), a United Nations agency that works to promote decent and productive work in conditions of freedom, equality, security and human dignity for men and women.

The crisis generated by the pandemic has seen Klopman at the front line, responding to the needs of the national and local community with the creation of an Italian supply chain dedicated to the production of masks which are reusable up to 70 times, which have been donated to the Municipality of Frosinone and to the local health authority. Klopman’s longstanding close relationships with its territory have also continued with solidarity initiatives such as the donation of a book library for children and teenagers to the paediatric department of the San Benedetto Hospital in Alatri.

“The publication of the sustainability report is a very important moment for Klopman, as it concretely communicates to our stakeholders the attention to social responsibility that has now become an integral part of our way of doing business and a fundamental element of Klopman’s distinction in the market,” says Amaury Sartorius, managing director of Klopman. “Actions such as the signing of the United Nations Global Compact agreement and our adoption of the carbon footprint measurement are more than a mere declaration of intent; they demonstrate the direction of a company with global reach that intends not only to produce economic results but, above all, to be a social actor capable of improving the lives of communities.”