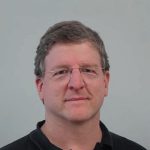 There’s an old adage suggesting that “Inside every old person is a young person wondering what happened?” I mention this, because when I first started in the textile industry circa 1983, there always were older guys and gals around for the young ‘uns to learn from. Many of you know whom I’m referring to. There was the wizened fixer who not only named but talked to his machines, yet knew just how to coax them into running smoothly no matter what we did to them; guys like Bubba, Harold and Big Jim who told fantastic stories that constantly made you laugh until you cried; Ms. Sue in purchasing, all four feet ten and 105 pounds soaking wet who would stand toe to toe with literally anyone, even Mr. Milliken himself, to get you the best pricing; or the crazy mad scientist with his little black book who could create the most vibrant of colors from a bunch of pixie dust. Everyone knows folks like this, and went to them for help and guidance. They’re the real-world teachers and mentors that drive the textile industry. Fortunately, I still know and am proud to call many of these now “older folks” friends.

Unfortunately, looking at all the folks in the textile industry today, the old ones regrettably are getting older, and there appears to be significantly fewer and fewer young ones hoping to take their place. “Textiles are growing worldwide and expanding into new and fascinating areas, but the talent pool is shrinking and continues to shrink,” lamented James Wang, CEO of Pailung Machinery Co. “The impression of textiles is that the industry is in the sunset, but that couldn’t be further from the truth.”

Many others in the textile industry are sounding alarms with similar concerns about the lack of young people showing an interest in textiles. Dan St. Louis, director of the Manufacturing Solutions Center established to assist and grow industry in North Carolina, proclaimed: “Man it’s tough! Everyone thinks textiles are dead. Do a Google search for textiles and you still see pictures of the old dirty, nasty factory mills from days gone by. Those old images couldn’t be further from the truth given the advanced factories of today or the unbelievable breadth of applications where textiles are used. But how do we get kids interested in textiles? They think stuff like robotics and artificial intelligence are the cool jobs, not textiles. How do we manufacture anything if they’re all playing on their smart phones and immersed in virtual reality? We’re at less than 4-percent unemployment in this area now. We already can’t find people, so where’s the future hands-on work going to come from? Where do we find the fixers? Where do we find the craftsmen? That’s really the huge concern!”

“The textile industry was never sexy,” said Lee Berry, sales manager at SAERTEX USA. “It’s always had an image problem. The media consistently portrays the textile industry as old school, not the highly technical growth industry which it really is. There truly needs to be an effort to change that image and get young people interested again.”

Wang is equally concerned. “The new generation doesn’t see textiles as interesting globally,” Wang said. “They don’t realize that today’s textile industry is as advanced or even more advanced than many other industries. We have to change the global image of textiles and get more young people involved and we have to do it soon. How can we continue to realize growth and find new opportunities without the talent pool to drive it?”

“It seems like the textile industry created its own self-fulfilling prophecy when many of the traditional textile schools started dropping or greatly reducing their textile programs,” said Berry. “Georgia Tech maybe has some classes. Philadelphia Textile is now Jefferson University. It still has textile programs, I think? Does Clemson or Texas Tech still offer textile courses? I don’t know,” Berry opined. “People imply that textiles aren’t around anymore and all the jobs are going to Asia, yet the textile industry in the United States keeps evolving into new and interesting directions that most don’t realize. Somehow we need to change that.”

On the bright side, there is a lot of good going on in textiles and several efforts are increasing the textile industry’s visibility to bright young people. Raleigh, N.C.-based North Carolina State University (NC State) still maintains an active textiles program. The Nonwoven’s Institute at NC State, led by Behnam Pourdeyhimi, is a world-class organization benefitting the nonwovens industry. There are a growing number of composites programs using textiles for reinforcements at universities around the country expanding the understanding and use of composite technologies in a variety of industries.

And speaking of technologies, while most people still think of textiles as only being the stuff that clothing and bed sheets are made from, it is a progressive industry filled with technology and literally untold numbers of applications. Some fun facts:

No, it’s definitely not my father’s textile industry any longer, and we need to inspire more young people from all education levels and disciplines to get immersed in the textile industry in order to keep

it advancing. “We have to engage youth early in order to service industry needs of the future,” St. Louis suggested. “We have to help them understand that knowing how to make stuff is a worthy and valuable skill. Textiles are a large part of our history in this area and they are still a significant part of our future.”

Personally, I remain bullish about the future of the textile industry, but share all the concerns that textiles needs to improve its image. It’s one of the oldest industries known to man and has continually progressed through the cumulative efforts of young and old guys and gals alike.

Textiles are used virtually everywhere in applications that amaze and inspire, but regrettably many people harbor that old, dirty image of a dying industry. And that’s the image that needs to change in order to get young people excited about textiles. Otherwise, the concern is that when all the old guys are gone, the textile industry is going to look back and wonder what happened?