Demand for specialty yarns continue to be brisk mid-year, as spinners report a steady stream of orders. However, the commodities business continues mired in the unexpected slump that began earlier this year.

And even for those that have noticed no appreciable decline in volume, orders are smaller than usual and the pipeline is shorter than they would prefer.

“Business for us is stronger than what commodity yarn sellers are experiencing,” said one broker who focuses on specialty yarns. “In fact, my business this year is ahead of where it was this time last year. But I can’t move the commodity yarns that I have acquired.”

Added another spinner: “What we have are relatively small volume orders. We keep hearing that a lot of program business is coming back to the hemisphere, but we haven’t seen it to any big degree. In fact, I keep hearing where inquiries are made and then, for whatever reason, they just fizzle out.”

Another specialty spinner said: “Everyone wants something different, something unique. We have a lot of very small orders. It seems we spend more time changing out than running.”

For the most part, with the exception of specialty yarns, spinners are disappointed with where they are at this point in the year. “We did not expect to experience an extended slowdown in orders,” said a southeastern spinner. “All indications were that the volume of business we had experienced over the past couple of years would continue. However, no one is panicking. While business is down, it is certainly not dreadful, and we are optimistic that it will not get to that point.”

Spinners and industry insiders point to a number of factors for current business conditions. “First, I believe, there was an inventory correction, especially with ring-spun yarns,” said one spinner. “Positions have been hard to come by for several years as ring-spun demand outstripped capacity. I believe a lot of companies over-ordered, some by a significant degree. They focused on depleting their inventory before initiating further orders.”

Another spinner said: “We have always experienced a slowdown around July 4. That is when back-to-school orders have been delivered and holiday orders have not yet been placed. It seems, over the past few years, that the July 4 slowdown has been moved back to early June and even late May.”

Despite recent downturns, spinners are, overall, optimistic about their future, and growth is still on the minds of many. However, the means to grow are not readily apparent to all. “I know a lot of people were surprised by recent announcements that job growth in the United States was less than expected. While that might surprise some government analysts and economists, it does not surprise hiring managers. It’s not that jobs aren’t available; it is that people don’t want them. It is my experience that nearly everyone today who wants a job has one. I know, particularly of one company that would love to start a third shift, but was unsure it could find enough people to staff it.”

And, finally, there is the election. “Election years are always fraught with uncertainty,” said one industry expert. “And that is more true than ever this year, as many people feel the choice they will have to make is between the lesser of two evils. No one is really sure what the country is going to look like in January 2017. As a result, they sit on their hands and their money and just wait and see.” 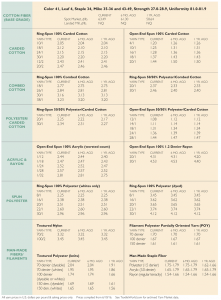