T
o address the problem of rapidly growing Chinese textile and apparel imports, government
officials in the United States and Europe are employing the safeguard mechanism that China agreed
to as a condition of its admission to the World Trade Organization (WTO).

China strongly opposes what is happening, and textile industry leaders see the safeguards, at
best, as stopgap measures. The safeguard mechanism provides for temporary import quotas if it can
be demonstrated that imports are disrupting or threatening to disrupt markets. No less than 25
safeguard petitions are in various stages of consideration by the US Committee for the
Implementation of Textile Agreements, and the European Union is considering petitions for
safeguards on nine product categories. Under the safeguard provisions, import quotas may be
considered on a year-to-year basis until 2008.

While US textile manufacturers are pleased with the progress of the safeguard effort, they do
not view safeguards as a satisfactory long-term solution to what they see as an ultimate takeover
of US import markets by China, and maybe two or three other nations.

They do not like the idea of continuing to petition year-to-year, and product
category-by-product category, to limit imports from China. The textile industry’s ultimate goal
would be the negotiation of a longer-term comprehensive agreement, but that idea is not likely to
fly with textile and apparel importers or the US government – at least at this time.

Chinese trade officials have shown little support for either the safeguard approach or
anything of a more comprehensive nature, although there has been some evidence that US importers
are holding back orders with China because of the uncertainty created by the safeguards. The
Chinese contend that imposition of new quotas, temporary or otherwise, would run counter to the
WTO’s efforts to promote free trade.

“The reason the WTO members removed the quotas on January 1 was so that trade can be free,
and to go back and put more restrictions on trade is going against the free trade that everyone
wants,” a spokesman for the China National Textile Council was recently quoted as saying. The
spokesman added that new quotas should not be considered just months after lifting them, and he
argued the removal of quotas was in the best interests of textile and apparel consumers. He added
that because China’s products offer a “good value,” they should have free access to the world’s
markets.

As a number of textile-related international trade issues come to the forefront with Congress
and government agencies both here and abroad, a coalition of manufacturing industries has issued a
wish list of actions it would like to see the US government take.

The coalition — made up of textile and apparel, tool and die, chemical, furniture, metal
products, packaging, lumber, luggage and other manufacturers — reports its agenda seeks to
establish trade policies and other measures that would “stabilize the US industrial base and create
American manufacturing jobs.” The proposals being promoted by the Washington-based American
Manufacturing Trade Action Coalition (AMTAC) call for a major overhaul of US trade policies and how
they are being carried out.

The ambitious agenda calls for taking a relatively new tack in an area where the US
government has paid little attention. The coalition suggests the government should focus on trade
agreements with countries whose consumers have the standard of living that permits them to purchase
US goods rather than concentrating on countries in Asia, Africa and the Americas that have a low
standard of living and little buying power.

The coalition is strongly opposed to free trade agreements that permit non-participating
countries to benefit from the tariff-free treatment of their goods, as has been the case with free
trade agreements negotiated by the United States in recent years.

Finally, the coalition calls on Congress to conduct an independent trade-impact study prior
to approving trade agreements and major trade bills.

According to AMTAC, enacting these procedures would be the best way to attack the US trade
deficit, which has grown to $4 trillion since 1990.

Pressure is growing from Congress and the Bush administration for China to do something about
its artificially pegged currency, which US manufacturing industries say amounts to as much as a
40-percent subsidy for China’s exports and higher prices for US goods in export markets. 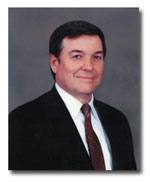 
Since 1995, China’s currency – the yuan – has been pegged at 8.28 yuan to the
dollar. Despite textile and other manufacturing industries’ long-standing calls for action, the
administration has pretty much kept its hands off the issue. However, President Bush recently said
the time has come for China to take some initial steps to bring its yuan into line with other
currencies. Treasury Secretary John Snow told a congressional committee that reform of China’s
currency is “one of the highest priorities for our international economic policy.”

Meantime, members of Congress are taking a much stronger stance. The Senate has taken a
preliminary vote, by a substantial margin of 67 to 33, on a measure that would impose a
27.5-percent surcharge on Chinese imports to the United States. Sponsors of the legislation have
been promised a final Senate vote before the August congressional recess. Similar legislation is
pending in the House.

One of the drawbacks of that approach is that it would result in higher costs to consumers of
imported goods such as apparel, and that is not likely to be popular. 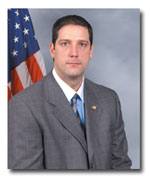 In addition, Reps. Duncan Hunter, R-Calif., and Tim Ryan, D-Ohio, have introduced legislation
that would address the issue in a different way.

Their bill would create a definition for “exchange-rate manipulation” so foreign governments’
undervaluation of currencies would be considered a “prohibited export subsidy.” It also would set
guidelines for the US International Trade Commission (ITC) to follow in determining whether
manipulation has occurred and what its impact is on US industry. The Hunter-Ryan bill also would
establish guidelines for procurement of products considered essential for national defense.

The bill states that if the ITC concludes market disruption has occurred, and the secretary
of defense determines the domestic industry’s articles are critical to the US defense industrial
base, the Defense Department may not procure the Chinese imports in question.

Even if none of this legislation is ultimately enacted, it sends a strong message to China and
gives the administration a stronger hand in dealing with the issue.