The government of Uzbekistan and Italy-based Itema Group have signed a protocol agreement whereby
Itema Group will supply machinery to Uzbekistan’s textile industry. The country plans to increase
its cotton-processing capacity, doubling the quantity of finished product over the next three
years. According to the agreement, Uzbekistan is interested in cooperating with Itema Group
companies Promatech S.p.A. and Savio Macchine Tessili to help the country reach these production
goals. These companies were selected for their high-tech weaving machinery and reliable after-sales
service. 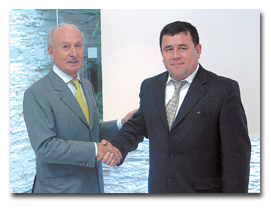