Bekaert Textiles USA, Winston-Salem, N.C. a subsidiary of Belgium-based jacquard weaver
Bekaert Textiles, part of The Netherlands-based Gamma Holding BV, has begun a $12 million expansion
of its plant, where it produces jacquard mattress ticking. Opened in 1999 and currently employing
more than 100 people, the 132,000-square-foot plant will be enlarged by 100,000 square feet and
will add an additional 40 to 50 employees. The company has received economic development grants
from the City of Winston-Salem and Forsyth County, N.C., to assist with its expansion efforts. The
first phase is expected to be completed this fall and will comprise approximately one-half of the
total expansion, according to Dirk Vandeplancke, president, Bekaert Textiles USA. 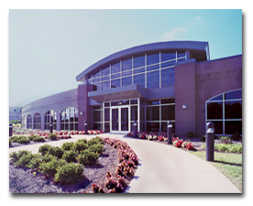