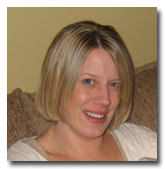 The
Zone 4 Virginia-Carolinas Canvas Products Association, an affiliate of the
Roseville, Minn.-based Industrial Fabrics Association International, has named
Jonathan Chakales, Marchem CFI, to its Board of Directors.

Eleni Istavridis Joins Sonoco Board of Directors: Harry A. Cockrell Will Not Stand for Board...

Hexion Releases Updated Sustainability Goals For 2020 And Beyond