From economic booms to its most painful periods of restructuring, U.S. textile manufacturing has always been a magnet for investment. Since 2006, the United States has attracted $20 billion in capital spending in new textile supply chain plants and equipment, with $2.4 billion coming in 2016, the latest year for which investment information is available.

Many reasons exist for this capital infusion in capacity, as well as in services. For some, it is speed-to-market and the presence of a qualified labor pool. For others, it is the availability of a highly efficient, eco-friendly supply chain and the proximity of NAFTA and CAFTA customers. But, perception also plays a part in location decisions. “People around the world associate Made in USA with quality and performance,” said National Council of Textile Organizations President and CEO Auggie Tantillo. “That has market value and it is one reason why the United States has been a focal point for textile investment.”

One company putting substantial new investment into the United States is the Lenzing Group, one of the leading fiber manufacturers in the world. Headquartered in Austria, with production sites in all major markets as well as a worldwide network of sales and marketing offices, Lenzing supplies the global textile and nonwovens industry with a variety of high-quality cellulose fibers.

As part of the company’s sCore TEN strategic growth plan, Lenzing is investing $293 million to open a second U.S. plant near its existing facility in Axis, Ala., close to Mobile. Scheduled for completion in 2019, the new operation is expected to create 163 new jobs to significantly increase production of one of the Lenzing’s flagship products — TENCEL™-branded lyocell fibers.

We see the growth in the Made in USA movement, and we want to be a part of that. There is a lot of perceived value in that program.

TENCEL™ is Lenzing’s brand name for a series of lyocell fibers it makes from reconstituted cellulose, in this case, wood. More absorbent than cotton, softer than silk and cooler than linen, TENCEL™ fibers are used to make everything from mattresses and bed linen to sportswear and denim. Hygiene products like wipes and diapers are another important market for the product.

The unique process Lenzing employs to make TENCEL™ fiber is extremely environmentally responsible because of its closed loop system, meaning almost 100 percent of the solvents used to make the product are captured and recycled. In fact, it is so sustainable Lenzing received the “European Award for the Environment” from the European Union.

“The expansion will more than double current TENCEL™ production in Axis, making it the largest lyocell production site in the world, with a total capacity of 140,000 tons annually,” said Kevin Allen, site manager of the Mobile facility. The new plant will account for about 90,000 tons of that production. “We are very proud to have in Axis the first-generation production site and now the most advanced, state-of-the-art facility in the same location,” he said.

Andreas Dorner, commercial director, Lenzing, said the new facility is a strategic move for the company that allows better, faster service to customers throughout the western hemisphere. “We see significant advantages to having facilities located in the United States. It allows us to respond quickly to customer needs and eliminate some costs and much time in shipping. It is much better to be able to ship to fabricators in Central America from Alabama than from Austria or China.”

But there are other reasons, too. “We see the growth in the Made in USA movement, and we want to be a part of that,” Dorner said. “There is a lot of perceived value in that program. Again, it goes back to making the value chain better for our customers. The expansion just made a lot of sense to us. In Alabama, we had the land, the equipment and the resources to make a major expansion. It puts us closer to some of our significant markets and allows us to be part something we think is important.”

Dorner said Lenzing is committed to maintaining a strong U.S. presence. “This is a very important market to us, and we are going to continuously think outside of the box for ways to continue growing the business.”

Investment in the U.S. textile sector, however, is not limited to capacity expansions. Investments in supporting services also contribute to a highly efficient and competitive industry — one that can offer value through the best combination of quality, price and delivery.

Founded in 1984 and currently in its third generation of family management, Central Textiles Inc. in Central, S.C., manufactures apparel fabrics and technical textiles. Its sister company, Cotswold Industries Inc., founded in 1954, is a leader in the development and distribution of technical textiles and apparel fabrics. Like Central, Cotswold is a vertically integrated manufacturer, converter and distributor.

You cannot be afraid to fail. You make, you test, you reengineer. And who knows? What looks like a failure today may become your leading product two seasons from now.

Always racing to bring new textiles to market, Central and Cotswold often were slowed by a shortage of reliable, cost-effective textile testing services. Seeing unmet demand, Central filled the void by making a considerable investment in TexTest LLC in Columbus, Ga. — a modern testing facility that allows producers to ensure their products meet the exacting standards required by their customers.

“We have to continuously look at how an old-line, private textile company can be of value to our global customers,” said James McKinnon, Central’s CEO. “And the answer is that we have to provide products and services that make sense from a sourcing perspective in the various areas we serve.”

“We have a diverse, complex business,” he said. “And we have to constantly reinvent ourselves — as often as every few months. We have to be complicated to survive.”

Central Textiles looks at the countries or regions covered by U.S. trade agreements and customizes offerings for those specific areas. For the United States, one of Central’s offerings is the recently acquired TexTest lab. 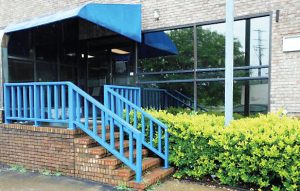 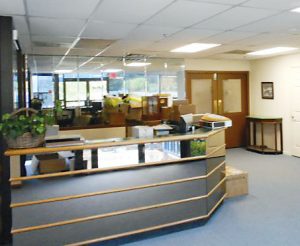 “We focus on speed-to-market and innovation. And we innovate in two ways, product offerings and intellectually. Reengineering both commodity and specialty products is accomplished by driving cost out of the product and driving performance into the product. The focus is on how we test and retest those materials. So, we provide testing services for the finished goods from our clients. A lot of what we experience is learning by failure. Sometimes you can only figure out the way something is going to work when it doesn’t perform. So, you learn, and you reengineer a fiber, a yarn, a fabric, a sheeting or a finished garment so that it will do something it didn’t used to do.”

Innovation is a key aspect for both Central and Cotswold. “We use testing to drive innovation across the board,” McKinnon said. “We don’t just offer testing services to our customers or use them for our own products. We offer these services to our competitors as well. The U.S. textile industry is a family, and we see our customers and our competitors as our cousins. We want to see multi-generational companies that have been around a while be around for a lot longer.”

McKinnon said the biggest differentiator for TexTest is speed-to-market and quick-turn testing. “TexTest does not do any testing other than textiles and apparel. We believe we are the deepest company for the types of testing that we do.

“From 1954 until 2003, Cotswold and Central were totally focused on wovens,” McKinnon continued. “But we started scouring the market and realized that we needed to be a textile engineering business — a business that doesn’t specialize in this or that, but, instead, a business that specializes in bringing its customers what they want.

“To be successful in our industry today, you have to take chances,” McKinnon said. “You cannot be afraid to fail. You make, you test, you reengineer. And who knows? What looks like a failure today may become your leading product two seasons from now.”

Disclaimer: TENCEL™ and Lenzing™ are trademarks of Lenzing AG